It is the day he got his first start in the DStv Premiership (the Absa Premiership then) with his former side, Chippa United where he had been for a while but couldn’t crack into the starting XI. 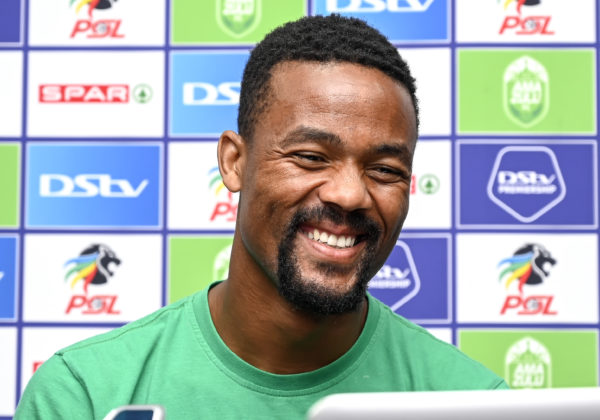 It is the day he got his first start in the DStv Premiership (the Absa Premiership then) with his former side, Chippa United, where he had been for a while but couldn’t crack into the starting XI.

That match was coincidentally against the very same team he is excelling at this season – AmaZulu. He kept a clean sheet as Chippa left Princess Magogo Stadium in KwaMashu with a 1-0 win.

Mothwa joined AmaZulu in a surprise and fast-tracked transfer this season and was seen as a stop gap while their regular No.1, Siyabonga Mbatha was out injured. But the 30-year-old has made the position his own and kept Mbatha on the bench even when he had recovered.

His performances have been vital in Usuthu changing from a relegation side to title contenders this season as they sit second from the top, and not bottom this time around with three games to go. He was on Wednesday picked as the Goalkeeper of the Month for April.

“I’m speechless,” he said of his first ever such award. “It’s the first time that I receive an award like this. I feel good and relieved that this season at least I have a trophy to take home,” he said jokingly.

“I never put my head down to say just because I wasn’t playing there was no need to keep working hard,” he said of his time at the Chilli Boys.

“I kept working hard and had faith in what I was doing and what I could do even when the team kept bringing in new keepers.

“It was hard to come out from that. But I just kept my head down and kept doing my best. So, the time I started playing on November 17, 2019 against AmaZulu, what I said myself was that ‘this is my chance, should I let it slip or grab it?’ I started grabbing it from that point.”