'The team has to work extremely hard to make sure that we get a clean sheet away from home,' the Sundowns midfielder told the club's official website. 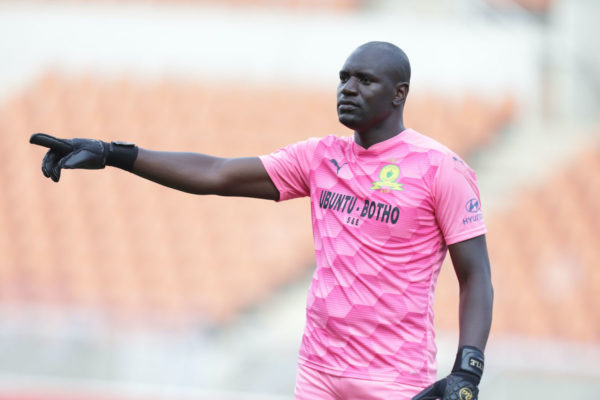 No matter how you look at it, tonight’s Caf Champions League quarterfinal, first leg between Al-Ahly and Mamelodi Sundowns is
about Pitso Mosimane, who is going up against a side he described as the “monster he created.”

This monster could come back to bite him and, if they can knock Ahly out, potentially cost Mosimane his job.

For the Masandawana nation, there can be no sympathy for “Jingles,” even though he brought them much success and joy in the last seven years.

One player who has been a huge part of Mosimane’s success story at Downs, Denis Onyango, has urged his teammates to be tactically disciplined as they go up against a team whose coach has all the insight and intel on them.

“It’s a team with a lot of quality players and we need to be very careful with them. We need to … at least get an away goal, but our
main objective is to try and win the game, and see how the second leg will be played, because you can never count on the second leg without getting a positive result from the first,” he added.

The sides are meeting for the third time in the quarterfinals in as many years and Onyango, who has featured in these recent games against the Red Devils, is confident he can reproduce his domestic form in the DStv Premiership in the Champions League, as his clean-sheets have helped Sundowns to take charge of the title chase.

“I believe that if we do the same in the Champions League, we will be able to go as far as the final because we defend as a team and attack as a team, the team has to work extremely hard to make sure that we get a clean sheet away from home,” he said.

“We anticipate a very tough encounter, looking at the fact that we’ve played them before and we are facing our former coach, it makes it a little bit interesting for us and also for them.”