The result keeps the Cape side in serious relegation trouble. 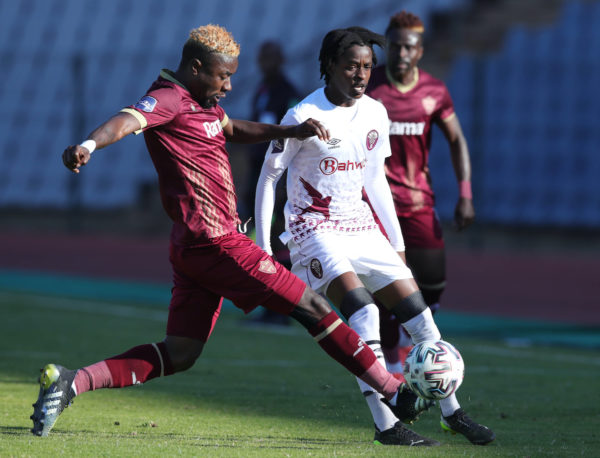 Given Thibedi of Swallows is challenged by Nathan Sinkala of Stellenbosch FC during their DStv Premiership draw on Tuesday. Picture: Samuel Shivambu/BackpagePix.

Stellenbosch FC just can’t get the ball into the back of the net and win games. This was clear as the Cape side had plenty of the play against Swallows FC in a DStv Premiership match at Dobsonville Stadium on Tuesday afternoon but couldn’t make proper use of it.

For the Birds, this was another draw, their 18th of the campaign, and a record for a Premier Soccer League season. It’s been a fine first season back in the Premiership for Brandon Truter’s side – they have only lost once in the league – but there have also been far too many single-pointers.

The goalless draw leaves Stellenbosch just two points above the relegation places, and with Chippa United playing later in the afternoon, they could be pushed into the play-off spot should the Eastern Cape side beat Bloemfontein Celtic.

Just 10 minutes in, Stellies were forced into a change which affected their shape and formation. This was after Phathutshedzo Nange was caught in a late tackle and had to be taken off. Ebraheem Jabaar took his place.

The Cape side were persistent in attack, typical of a desperate side, but besides winning a few set pieces, they couldn’t find a route to goal. They should have tried different options like shooting from long range as the Swallows goals were manned by an inexperienced Sanele Tshabalala, who was making his Premiership debut.

It wa the Dube Birds who came closest to scoring when, in the 26th minute, Kamohelo “Nandos” Mahlatsi burst forward and sent a rocket at Lee Langeveldt’s goals, but was unfortunate to hit the crossbar.

Four minutes later, Stellies had a great chance as they were awarded a free kick just outside the Swallows box, but Jayden Adams ballooned his effort harmlessly over.

Tshabalala came out tops, denying Ashley Du Preez who hit a volley inside the box after some enterprising play by the visitors. The second half followed a similar pattern, with Stellies seeing more of the ball but failing to make it count. 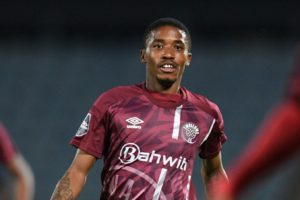 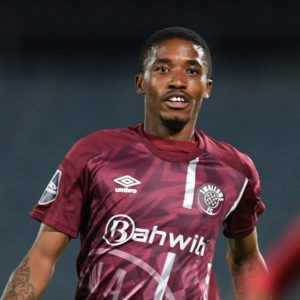