Chiefs coach Hunt – We have to keep going

"They (the Chiefs players) worked hard, they did the best they can,” added the Chiefs head coach. 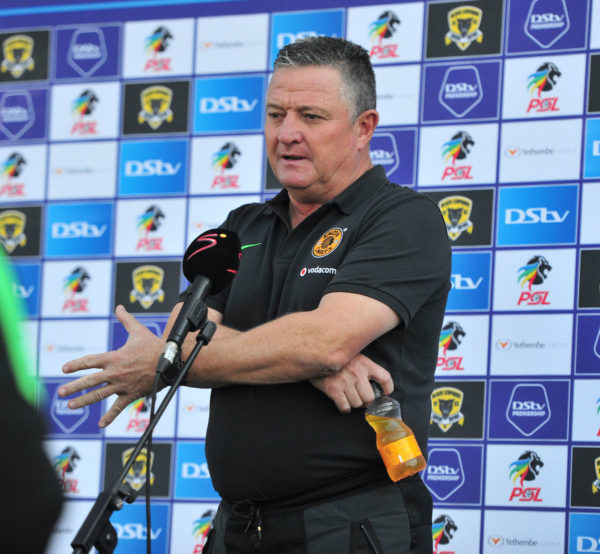 Gavin Hunt had to reflect on yet another DStv Premiership defeat. Picture: Kabelo Leputu/BackpagePix.

Kaizer Chiefs head coach Gavin Hunt said his Amakhosi side simply have to keep pushing to the end of the DStv Premiership season, in what has now become as much a battle to finish above the relegation play-off spot as a push to finish in the top eight.

Hunt’s side lost 2-1 at bottom-of-the-table Black Leopards on Wednesday, a result that means with two games left to play, Amakhosi could still finish as low as 15th on the table, which would put them in the relegation play-offs.

“We have to keep going, we have two (Premiership) games left,” said Hunt, whose team are also in the Caf Champions League semifinals.

Chiefs finish the season with a league game at home to Golden Arrows on June 2, followed by a trip to TS Galaxy on June 5.

Hunt was not too hard on his players after the Leopards loss, which saw Lidoda Duvha come from behind to take the victory, after Leonardo Castro had given Amakhosi a tenth minute lead.

“We have a good start, we had a great chance to make it 2-0, they got a chance before half time with their first real attack, we need to defend better. We also had a great chance at 1-1 and then they got the second. They (the Chiefs players) worked hard, they did the best they can.”