Chiefs fan Dolly confident he can bring the magic at Amakhosi

'I thought we had a good connection when we played together at Sundowns,' said Dolly on the reunion of the CBD. 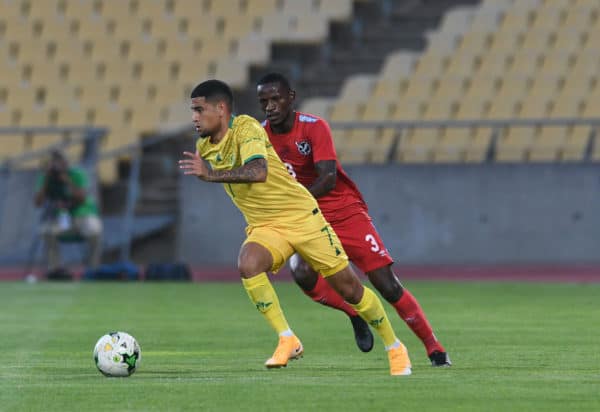 Keagan Dolly says he was a Chiefs fan growing up. Picture: Sydney Mahlangu/BackpagePix.

Keagan Dolly is hopeful he can reignite the magic of the ‘CBD’ with Leonardo Castro and Khama Billiat, after joining his former Mamelodi Sundowns teammates at Kaizer Chiefs.

ALSO READ: Is Kaizer Chiefs’ CBD still strong or is it crumbling at the seams?

Chiefs announced the 28 year-old Dolly, alongside Cole Alexander, as their latest new signings on Tuesday. Billat, now 30, has just signed a new two-year contract at Chiefs, while Castro, 32, is also at Naturena.

The trio did so well as Sundowns, especially between 2015 and 2016, when the team won the Telkom Knockout, the DStv Premiership and the Caf Champions League, that Masandawana fans affectionately branded them the ‘CBD’.

“Yeah, they do,” said Dolly when asked if the names Billiat and Castro ring any bells. “We are still quite close… We speak quite often, me and Khama. It’s exciting to play with them again. I thought we had a good connection when we played together at Sundowns.

“Hopefully we can now just bring together all that we have learnt over the past couple of seasons that we played at our different clubs and we can come back together and work hard for the team and score more goals. We have to encourage each other,” he added.

Dolly feels he will settle easily as he has a number of familiar faces in the Amakhosi squad, including the technical team, who he has worked with at Bafana Bafana.

The 28-year-old is also keen to help in grooming the club’s youngsters, singling out Nkosingiphile Ngcobo and Happy Mashiane as big prospects for the future.

“For me, coming to Chiefs is just about trying to share my experiences with the youngsters who are coming up. I have watched Mashiane and Ngcobo playing, and they’re looking very good. I think where I can help I’ll try my best to give advice and help them grow.”

Dolly also revealed that he is a Chiefs fan, having been introduced to the club by his father when he was just five years old.

“My father introduced me to Kaizer Chiefs when I was young. I started supporting Chiefs, I think, since the age of five. I would attend their games where I watched the likes of ‘Shoes’ Moshoeu, may his soul rest in peace.

“I grew up watching Stanton Fredericks, I grew up watching Jabu Pule (now Mahlangu). I even used to dye my hair like Pule when I used to play for Westbury Arsenal. So, it’s not new to me. I know what the club is about, I know the mentality at the club. And I’m just ready to get settled in and get down to business.”