Pirates confirmed that they have loaned out Austin Muwowo and new signing Monnapule Saleng. 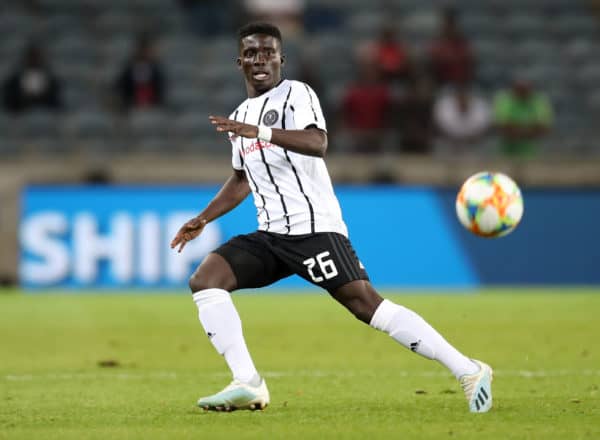 Orlando Pirates have announced that they will be sending three players out on loan to Swallows FC and Chippa United respectively.

In a statement, Pirates confirmed that they have loaned out Austin Muwowo and new signing Monnapule Saleng to their Soweto neighbours Swallows.

Defender Jusctice Chabalala, who spent the second half of last season at Bloemfontein Celtic, has been sent out on loan to Chippa.

Muwowo has found the going tough at Pirates since joining the club from Zambian side Nkana FC in 2019 and as Phakaaathi reported last year that the winger was unhappy at Bucs and wanted to be either released or loaned. And Muwowo finally got his wish and will be playing for Swallows next season.

Saleng, who joined Pirates from GladAfrica Championship side Free State Stars, has been sent out on loan for him to get more game time.

“Orlando Pirates Football Club can confirm that it has reached an agreement with Moroka Swallows for the services of Austin Muwowo on a season-long loan for the upcoming 2021/22 season.

“The Zambian international who spent the past two seasons with the Buccaneers will be joined by new signing Monnapule Saleng who will gain valuable first-team experience with the Dube Birds in the upcoming campaign.

“Orlandopiratesfc.com can also confirm the departure of defender Justice Chabalala who moves to Chippa United for the remainder of the season,” read a statement from Pirates.

Meanwhile, Jean-Marc Makusu Mundele has returned to the Democratic Republic of Congo and wouldn’t have stayed in South Africa any longer in any case, following a bad loan spell with Pirates, an insider at the Buccaneers has revealed.

It is said that the DR Congo international felt that he was not valued at Pirates and believed he could have done much more for the club had he been given a proper chance.