"Sometimes these links can be annoying especially when it comes to the focus of the players," said Tembo. 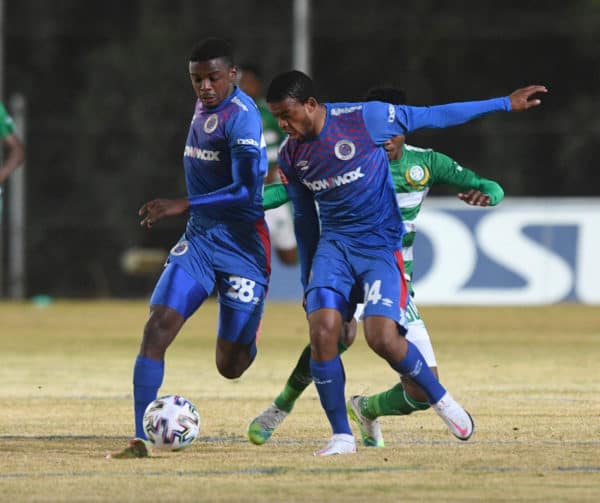 SuperSport United duo Teboho Mokoena and Sipho Mbule are forever linked with a move away from the capital city-based side.

ALSO READ: Kaizer Chiefs to know this week if they will get Mbule

Especially Mokoena, who has been attracting interest from Europe but always ends up donning the blue of Matsatsantsa A Pitori.

Mokoena and Mbule are linked with moves to Kaizer Chiefs and Mamelodi Sundowns, and this is something that annoys their head coach, Kaitano Tembo.

Speaking to Phakaaathi, Tembo confirmed that there aren’t any offers for Mokoena and Mbule from their crosstown rivals and Chiefs.

“Sometimes these links can be annoying especially when it comes to the focus of the players. Players are also human beings and at some point it can frustrate them but it is our job to make sure that we keep them focused because they are still SuperSport players until something happens then we can start talking about that,” said Tembo.

One other thing that seems to frustrate the United mentor is that the club has kept their cheque book folded as the team have not signed a single player while they have let go of Grant Kekana, Lucky Mohomi and Evans Rusike.

“We have to stay positive as a tea regardless of who left.For us it is to focus on the players that we have and we plan properly so that they are ready for the season. As coaches we do have players who we want to sign and beef up the squad here and there but at the same time, what is important is to try and work in our means and get the best of what we have. We have players who are part of the team and we believe in them. Our energy should also reflect that as management and coaching staff so we can get the best out of them,” Tembo said.