Khune ready to fight for his position at Kaizer Chiefs 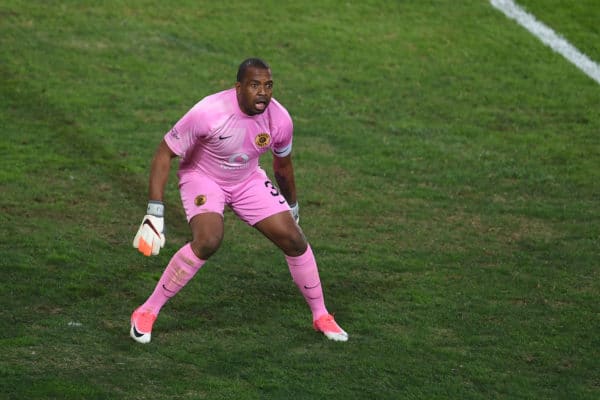 Stuart Baxter says Itumeleng Khune is ‘digging his heels in’ at Kaizer Chiefs training and he expects the former Bafana Bafana captain to fiercely contest the number one position at Amakhosi this season.

Last season was particularly traumatic for Khune as he had to also  deal with the tragic passing of his sister, Mapula Khune.

Chiefs’ long-serving goalkeeper was given a contract extension, and according to Baxter, is back in fine fettle and putting his hand up to feature when Chiefs take on Mamelodi Sundowns in the MTN8 quarterfinals on Sunday.

Khune’s position as a fan favourite was confirmed again when he was selected to start in the Carling Black Label Cup final against Orlando Pirates, though new signing Brandon Petersen also gave an indication of a potential changing of the guard in that match, when he came off the bench to put up a heroic display in the penalty shoot out.

Chiefs also have Nigerian veteran Daniel Akpeyi and another top young ‘keeper in Bruce Bvuma in their squad, leaving an impressive quartet for Lee Baxter (Chiefs’ goalkeeping coach) to work with now that he is back in the country following the birth of his son.

Baxter, of course, knows Khune’s talents well, having benefited from his talents in his first spell at Chiefs, when he was truly at the peak of his powers, and his brilliant ‘keeping helped Amakhosi to two league titles, an MTN8 and a Nedbank Cup in three seasons along with Baxter, between 2012 and 2015.

“He has changed,” admitted Baxter this week when asked about Khune.

“The clock ticks and everyone gets older, it is a challenge we all have. For me, for Itu, for everyone the challenge is to stay in as good shape as we can, as sharp as we can and as quick-thinking as we can. (Gianluigi) Buffon has shown that goalkeepers can play well into their 30s.

“We have four goalkeepers who are potentially number ones, it can change from week to week, but we don’t intend to make it a rotational system. We would like to make sure someone feels secure in the position if they are doing well. Itu is competing well … when I picked Lee (Baxter) up from the airport, I told him Itu has trained well while he has been away.

“It continues to be a close call, it can depend on the opponent and what type of game it is. He is keeping himself relevant. He knows the situation we are in … he has the choice to soldier on and keep battling … or sometimes someone drifts away. Itu is digging his heels in and I like that. Four goalkeepers are battling and it is giving Lee problems, but those are problems you will take any day.”