"You know the challenges, and you haven't made it easier for me. But as far as our Premier Soccer League status is concerned, we've sold the team to Royal AM," said Tshabalala. 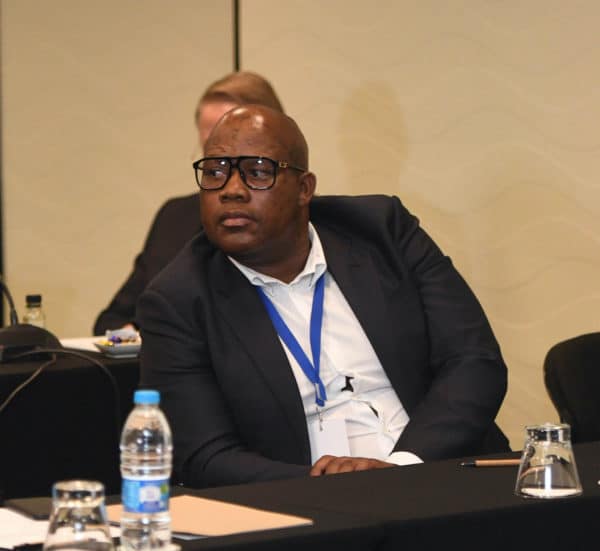 Former Bloemfontein Celtic owner Max Tshabalala has been labelled as ‘cruel’ following a leaked audio of him telling the players that he had sold the club to Royal AM made rounds on social media.

The Premier Soccer League (PSL) on Tuesday confirmed that Celtic has been sold to Royal AM and that the club will be relocating to KwaZulu-Natal.

In the audio that Phakaaathi have on our position, Tshabalala can be heard trying to explain to the players why he decided to sell Celtic.

“Morning gentlemen. I’m not going to belong, I have to be straightforward and be frank,” said Tshabalala.

“You’ve seen what the media has been saying and it’s true, the club has been sold.

“You know that we had problems, and I could also foresee that this would continue this season.

“You know the challenges, and you haven’t made it easier for me. But as far as our Premier Soccer League status is concerned, we’ve sold the team to Royal AM.

“They are located in Durban and the PSL approved the deal at around eight on Friday night. That explains why we couldn’t inform you earlier, as you all were on your weekend off.

“We only received the official documents that were sent over by the PSL then on Friday evening.

“We couldn’t announce anything until the PSL had approved it. Each player here that has a contract with the club and receives a salary, their contract is going over to Royal AM as per the PSL rules, because when you sign with a PSL team, your contract must be protected.

“It’s now up to you on arrival at Royal AM if you want to notify them that you want out. But as according to your contracts and salaries, everything is there with them.

“We’ll request you as today, as there is a game on Sunday that the players must leave today.

“They have communicated that they will send somebody to the townhouses that they’ve prepared over there, and then the chairwoman will meet with you.”

Tshabalalala continued: “Listen, no trialists, nobody without a contract must leave. It’s only people who’ve got contracts with the team requested to travel. That’s what we presented to the PSL and what Royal AM has accepted.

“I can’t take it no more, no I’m not going to, it has affected my personal life, my family and my children’s life. I can’t. It’s too much so the club is sold and now let’s arrange for you to leave.

“I don’t know what mode of transport that you’re going to use.

“Those with cars we’ll have to put money at the garage so that they can go to fill up their cars at a cost to the club, and for those without cars, we will arrange the team bus to transport you there.

“They will be expecting you from 6pm so that the chairwoman can meet and address you all on your arrival that side.”

“From now after we have announced this deal, you’re no longer my players. It’s upon you on your arrival at Royal AM to decide if whether or not you want to pull out, because Royal AM have players. But the PSL has made it clear that Celtic players will receive first preference. But it’s up to you to say you want out and she’ll put her players in,” concluded Tshabalala as he said goodbye to his Celtic players.