Davids admits to being under pressure at Orlando Pirates

“In every match you play you have that pressure as a coach," said Davids. 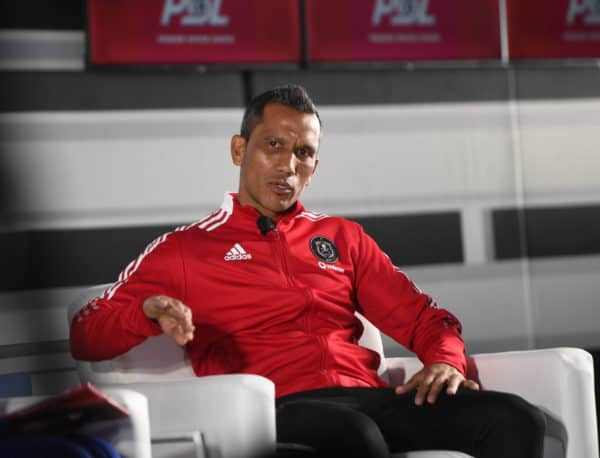 Orlando Pirates coach Fadlu Davids admitted that they needed maximum points in their Soweto derby clash with Swallows FC after a poor start into the season.

Prior to the 1-0 victory over the Soweto neighbours, Bucs had registered one loss and two draws in their opening two league games.

“In every match you play you have that pressure as a coach. We know that we needed the three points but more importantly, we needed a performance. It is a process in terms of where the squad is. You lose a coach and you have to look at what was good in the past and other things to improve on,” said Davids after Pirates’ victory against Swallows.

“We are in the process of trying to fix the team and most important the performance. If we can perform this way, with more fluidity in our attack, more domination from start to finish and be able to do it for a certain period, that would be good.”

Meanwhile, having recorded their first loss of the campaign, Swallows coach Brandon Truter was not pleased with his side’s performance and says some players were not themselves.

“We were not our normal self today (Saturday) from the basis of previous matches and stats. Our front three were not functioning, not much from Dillan Solomons, not much from Monnapule Saleng, even Khethukuthula Ndlovu came on and there was nothing from him,” said the Swallows mentor.

“During offensive play we should be creating, but I felt we didn’t create enough chances. We had one or two moments, the same for Pirates as well. They overloaded the midfield, which made it difficult for us to come out. It was a tight affair first half. They got one chance, we got one. I felt we should have done better by stopping the cross which resulted in a goal.”

Following the result, Pirates are now on five points after three games, while Swallows are in eighth spot with four points after the same number of games.