Williams believes they will be more dangerous as they are looking for their first win. 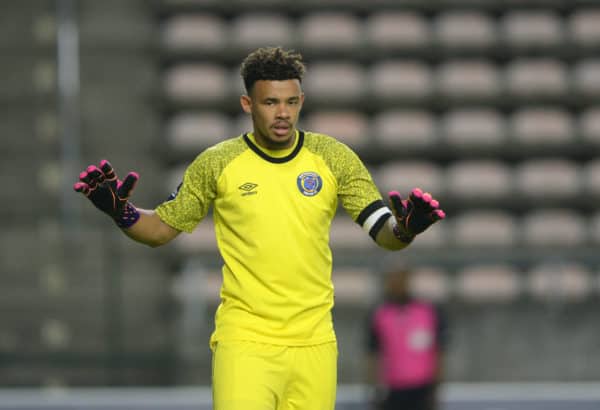 SuperSport United captain Ronwen Williams is aware that their DStv Premiership opponent for Tuesday evening, AmaZulu FC, have their backs against the wall.

Usuthu, as AmaZulu are known, have had a terrible start to their season with a draw and a defeat in their first two league games.

Added to that was a disappointing start to their Caf Champions League campaign as they lost at home to Malawi’s Nyasa Big Bullets last weekend.

That is why Williams believes they will be more dangerous as they are looking for their first win and to curb the bad trend they’ve started on.

“Coming up against AmaZulu is not going to be easy,” says Matsantsa a Pitori captain. “They have not had the best start to their campaign so they are looking to get things rolling. But we will focus on ourselves, focus on what we can do. Focus on our strengths. We have planned well. We have analysed them well.

“Our technical team has come up with a good game plan to beat them. Playing them away will not be easy, but we believe they are beatable. We will go out there and fight, and hopefully, we will emerge victoriously,” he adds.

In contrast, SuperSport have had a good start with a win and draw in their opening two matches, and Williams says they are happy with what they have managed so far.

“We are happy with our start to the league campaign. We got four points from our first two games. It was not easy playing Cape Town City away as well as Golden Arrows – they are the teams who have given us problems over the past few years. Getting four points against them was good, we are proud and happy.”