Makusu sent out on loan again after poor spell at Pirates

Makusu will now be spending the season with Daring Club Motema Pembe. 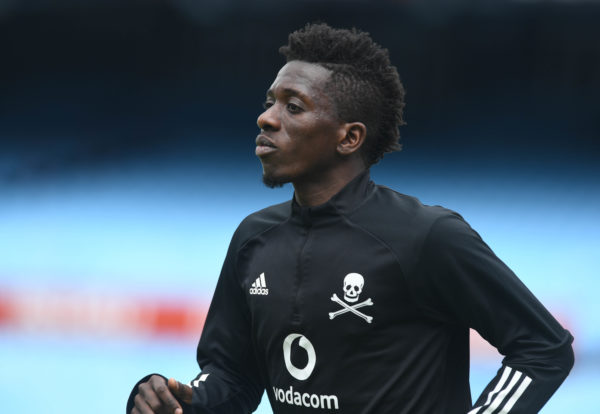 Having landed in the country with so much expectations, Jean-Marc Makusu Mundele failed to hit the ground running at Orlando Pirates and his parent club AS Vita in DR Congo has sent him on another loan stint.

Makusu will now be spending the season with Daring Club Motema Pembe, a club in his native country.

The striker came into the Buccaneers highly recommended, with YouTube videos of him in action making rounds – showing his goal scoring abilities.

But having struggled for game time, the Congolese striker ended up being deemed surplus to requirements at Pirates, making less than 10 appearances for the Soweto giants and scoring one goal.

Furthermore, a source claims that Makusu was loaned out so that he can rediscover his form after a poor stint with Bucs and Vita will certainly welcome him next season or midway through the campaign.

“He will be playing his football at DC Motema for the rest of the year, that’s what has been agreed on between him and the club. There are lots of players who have come in at Vita and they already have a plan and how they want to structure the team this eseason. That means he was not in their plans. He is very disappointed, but he knows that’s what he need, he is just happy to be hack home,” said the source.

“But, he is their player. They want the best for him, that is why they thought Motema would be a good team for him. He will be able to play there, more than he did in South Africa at Pirates.”

The league season in the DRC will kick-off this weekend, with Motema taking on FC Simba away from home on Sunday.

Makusu, who is 29 years old will be keen on making his debut for the new club and impress in his home-coming.