Chippa are prepared and ready for Saturday’s game against Pirates. 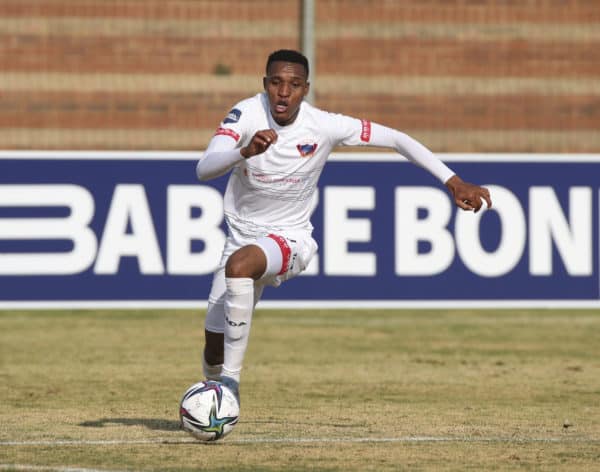 Sammy Seabi of Chippa United says the Chilli Boys have rectified their mistakes ahead of the Orlando Pirates clash. (Gavin Barker/BackpagePix)

Chippa United defender Sammy Seabi says they have worked on their previous mistakes, which saw them lose to Royal AM ahead of their tough encounter with Orlando Pirates at the Nelson Mandela Bay Stadium on Saturday.

The Chilli Boys registered their first loss of the season to the new DStv Premiership side, as Royal beat them 1-0 at Chatsworth Stadium last Sunday.

Even though the loss was a blow for Chippa, with the club having played to a draw and a win prior to the Royal game, Seabi says they are now prepared to make things right against Pirates.

“I won’t really say much went wrong in that game (against Royal), but I believe it’s something that we will learn from. I believe since we got back (from Durban) we know where we got it wrong, and where we got it right. So, now we are just preparing for the game that is coming, which is Pirates on Saturday. I believe that we have fixed where we thought there are issues (problems), now we are prepared and ready for Saturday’s game,” said Seabi.

“He (coach Gavin Hunt) has been telling us a lot of things, to be tactically aware. We are playing a very good side in Orlando Pirates. So, we are expecting a lot from our players, including myself. We just need to man up and take responsibility, we have done it before, we can manage.”

Seabi, who is on loan from Mamelodi Sundowns, adds that getting maximum points against Pirates is very important for the club from the Eastern Cape, as it will boost their confidence going into other games.

“It is important to get three points, it will boost our morale, our conference. Because we just come out from out from a loss, so, we need to redeem ourselves and get back to winning ways.”