"The victory is not just for us here in Nigeria, it’s for everyone back home," said Ellis. 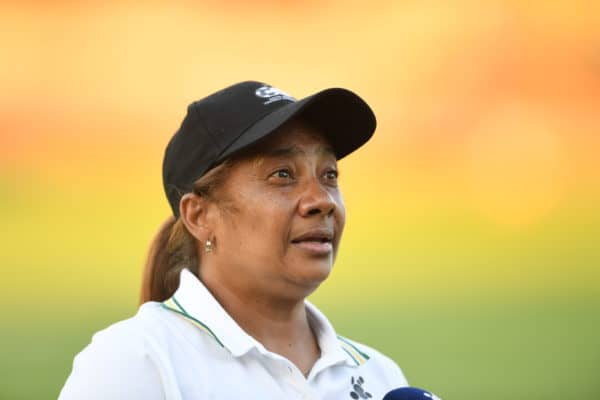 Following a sterling performance that saw her Banyana Banyana lift the maiden invitational Aisha Buhari Cup after beating Nigeria in their own backyard, coach Desiree Ellis applauded her players for sticking to the game plan.

Banyana dominated a Super Falcons team that had their best squad with the likes of Barcelona Ladies star Assisat Oshaoala in the team for the most part of the match, which saw the South Africans win 4-2 at the Mobolaji Johnson Arena on Tuesday.

“If you look back at the game, I think we were in control for most of the time. I think we played at the tempo that we wanted and also made them play at the tempo we wanted them to play in. We controlled all aspects of the game, but we gave a lot of free-kicks away. Which at times looked very dangerous, but we handled that well,” said the Banyana mentor.

“Going into the second half, we discussed that they are going to come hard, so we need to stay concentrated and put our foot on the ball. But we didn’t do that. We then tried to stay calm, but the two goals came very quickly from errors, we played the way we should not have. But I think the players showed character and confidence to take the control back (of the game). We made some positional and tactical changes and it all just came back together again. We took control again, then we got a penalty and we managed the game very well,” added Ellis.

Ellis also thanked the Banyana supporters in South Africa, the sponsors and everyone involved in women’s football for their support.

“The victory is not just for us here in Nigeria, it’s for everyone back home. Everyone who is involved in women’s football that has contributed, Sasol, Hollywoodbets Super League, the coaches that have put in the hard work with the players. They need a pat in the back, we have had discussions before that we need more and now they have delivered.”

Following the Buhari Cup triumph, Ellis and some members of the Banyana squad will now change their focus to the Cosafa Women’s Cup, which is set to be played at Nelson Mandela Bay from 28 September to 9 October.