'I think I can improve if I get 15 minutes or more, I can try to help the team get a goal,' said the Amakhosi midfielder. 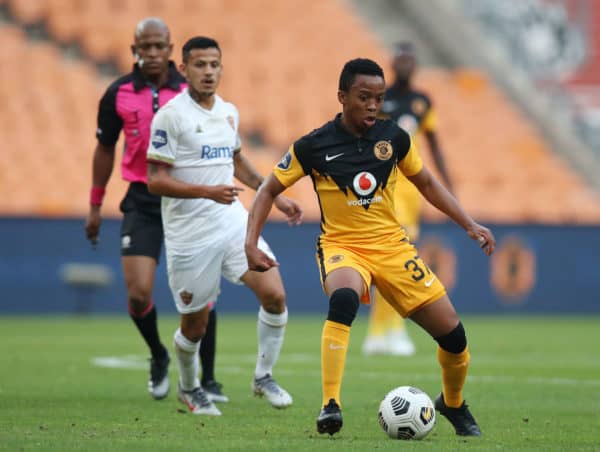 It has become evident that Stuart Baxter has a cautious approach when it comes to fielding young and relatively inexperienced players at Kaizer Chiefs. One such player who has been on the receiving end is Nkosingiphile Ngcobo, who has seen very little game time under Baxter this season.

In the previous DStv Premiership campaign, the 21-year-old was a key part of Amakhosi’s midfield as he played no fewer than 25 times – a number that may be too far for him to achieve if Baxter continues to stick with the old guard.

However, Ngcobo says he does not need much to impress his coach – he would be grateful even if he gets an odd cameo here and there.

“Coming in as a substitute always comes with pressure because you need to affect the game,” said the midfielder, who came off the bench for 16 minutes last time out, when the Glamour Boys were thumped 4-1 by rookies Royal AM.

“I don’t think I did bad but I think I can improve if I get 15 minutes or more, I can try to help the team get a goal,” he said before he revealed the kind of conversations in the Chiefs locker room after that shocking defeat at the hands of socialite, MaMkhize’s side.

“In football you will lose sometimes but I think as Chiefs we don’t want to lose in that way, so we are just motivating each other and encouraging each other because we need to make sure that in the next game we get the result. (Outside of the dressing room), even the people who I meet (on the streets) give us positive energy and they tell us that it will come right and we need to work hard, push and make sure that we play for the badge. Even if there are some negatives, some people out there are positive,” added Ngcobo.

Chiefs will need to dust themselves off on Sunday when they take on another rookie side in Marumo Gallants and Ngcobo is aware that the Naturena-based side cannot afford to slip up again at the hands of new boys in town.

“After that defeat, everyone is on their toes and we realized that we need to up our game and make sure that we send a message in this game. We just have to go out there and execute our game plan.”