Both teams had a man sent-off in the Limpopo province. 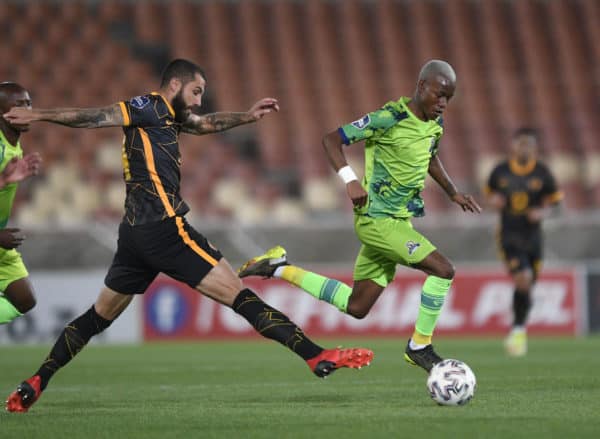 Things got worse for Kaizer Chiefs as their start to the DStv Premiership season got held back again in a goalless draw with Marumo Gallants on Sunday.

ALSO READ: Injury blow for Chiefs as Nurkovic goes under the knife

The game at Peter Mokaba Stadium will be one that both Chiefs and Gallants will want to forget as quickly as they can as nothing really went either team’s way on the day.

The home side looked to dominate early on and Katlego Otladisa forced a great save from Daniel Akpeyi in the 14th minute with a well-taken header. Worrying for Chiefs was how he was allowed time and space to take the header right in the middle of their defence.

For Chiefs things were just not coming together in terms of attack as Stuart Baxter ditched his more defensive approach and started with a new formation. He used a 4-5-1 formation, with Lebogang Manyama the man set up as an out-and-out attacker.

Baxter had previously indicated that this is where he feels Manyama can best help his team especially when he is fully fit – playing as a false No. 9.

His inclusion in the starting team came after trusted striker Samir Nurkovic was suddenly unavailable after he underwent knee surgery, according to a statement from the club. Things just didn’t work out for Baxter in the first half with Gallants keeper Washington Arubi almost a passenger for the entire 45 minutes.

At the start of the second half, Manyama was taken off with Bernard Parker taking his place. While Chiefs looked a little more organised, they still lacked bite in attack.

It was still Gallants who looked more dangerous going forward and were denied a penalty call in the 61st minute when Daniel Cardoso looked to have used an arm to clear the ball inside his own box.

Chiefs were reduced to 10 men when Sifiso Hlanti received his second yellow card in the 74th minute. From the resultant free-kick, Thabo Mnyamane was unlucky to see his header from a Ndabayithethwa Ndlondlo cross saved by Akpeyi, who was proving himself as the most reliable of all the Amakhosi keepers.

But as Gallants looked to take advantage of Chiefs being a man down, Celimpilo Ngema begged for an early shower when he cynically kicked the ball against Khama Billiat who had been hacked down. The referee obliged and sent him off.