Sundowns eye victory over Arrows in the MTN8 on Tuesday. 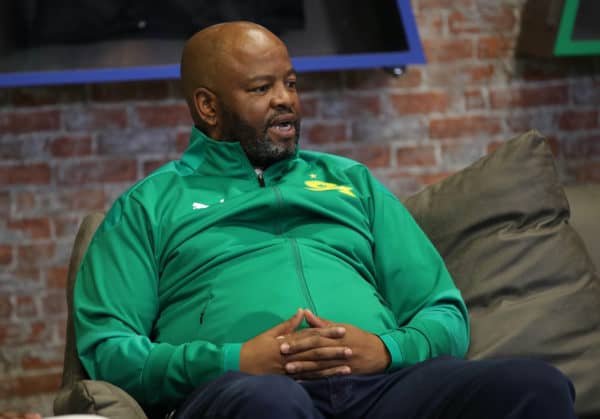 Manqoba Mnqgithi is confident that Mamelodi Sundowns will beat Golden Arrows and reach the final of the MTN8. (Picture: Samuel Shivambu/BackpagePix)

For the longest time, Mamelodi Sundowns have been dominating the domestic scene and have always raised their hand in the Caf Champions League, but when it comes to the MTN8, they seemingly struggle to hit the fine notes.

Sundowns find themselves in the semifinal of the MTN8 and will go up against Golden Arrows in the second leg on Tuesday evening in the capital city, after playing to a one-all draw in the first leg.

Downs co-head coach Manqoba Mngqithi seems to have diagnosed why his side always struggle in the top eight competition. He also does not agree with the perception that Sundowns are slow starters.

Here’s his justification: “When I look at the records in terms of the first cycle in the league, we have always averaged about 13 points after the first five games but in the MTN8 we have struggled to pull it through. I remember at some point we bombed out against Platinum Stars, because we tried new combinations too early in the season and that caused problems for us.

“In 2016, we lost the final against Bidvest Wits and at that stage the Champions League was in the business end and we did not have a lot of legs, because there was a lot of travelling involved. I also remember the semifinal against Cape Town City (in 2018), we did very well but we were unfortunate that some decisions did not favour us and we bombed out.

“I would not say we generally start badly, but in the MTN8 we have had different scenarios that have made us not to lift the trophy and we are very cautious of that because we did reach the semifinals and the final so we will tread very carefully this time around,” said Mngqithi.

Downs are hit by a few injuries going into the semifinal with the likes of Kennedy Mweene, Brian Onyango, Lebohang Maboe, Sphelele Mkhulise, Ricardo Nascimento, and Promise Mkhuma all in the casualty room. However, Mngqithi is more than confident that Masandawana have the capacity to pull it off.

“We still have a big squad to be able to compete in this match and give it all the necessary respect it requires because at this stage we can’t be arrogant. I don’t think Arrows have performed badly this season and they have not lost too many matches, that says they are a dangerous team. They have always been a challenge for us in cup matches so we will put maximum focus on the game.”