Don’t write us off, warns Pirates coach after Sundowns defeat

"Winning against us does not guarantee Sundowns the league title," says Davids. 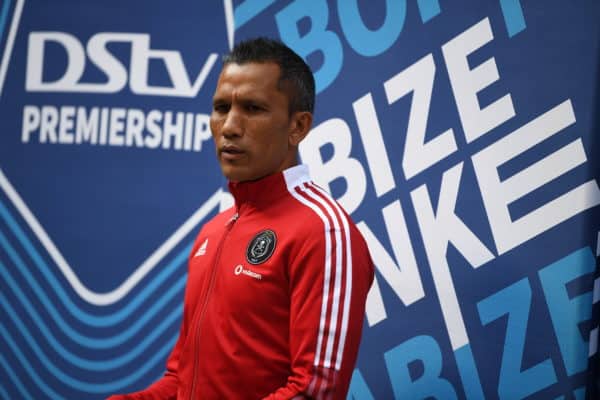 Orlando Pirates co-coach Fadlu Davids says the defeat to Mamelodi Sundowns does not mean Bucs are out of the league title race. (Photo by Lefty Shivambu/Gallo Images)

Pirates lost 2-0 to the Pretoria outfit at the Orlando Stadium last Saturday.

Namibian striker Peter Shalulile scored a brace for the Brazilians in the second half, which saw Sundowns take their points tally to 13 after five games in the league, maintaining their spot at the top of the league standings.

Pirates, meanwhile, have only registered eight points from the same number of games and they now find themselves trailing Downs by five points.

“No, you cannot write the league off. Winning against us does not guarantee Sundowns the league title. We will fight until the end of the season, and giving up is not an option,” said the Pirates mentor.

Despite the loss, Davids adds that they learned a lot from the game and having seen his players creating a number of opportunities only to be denied by Dennis Onyango in Downs poles, they will move on from the loss and look to do better in their next games.

“Although we take the defeat badly, we learned valuable lessons from this game. The lessons will help us take more steps forward. However, this defeat is a bitter pill to swallow but we remain on track with our target for the season.”

“They have a top goalkeeper, and he made three top saves and should have won the man-of-the-match award. It is a game of small margins, and that is the small margins of the difference between the teams at the moment. Sundowns were clinical after having two moments in the game.”

This was Pirates’ first loss in the league, with the Soweto giants having recorded two wins and two draws.

Davids and his Pirates charges will be looking to bounce back from the defeat when they travel to the Mother City for a clash with Cape Town City on Saturday.