Off to Brazzaville: What you need to know about Pirates’ Confed Cup opponents

The fixture will take place at Stade Alphonse Massemba-Débat pon in the Congolese capital on Friday. 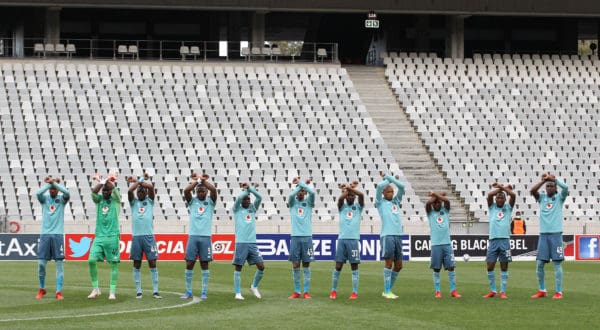 The Buccaneers are surely aiming for a more improved showing this time around, having finished last season’s competition in the quarter-finals after they were knocked-out by Moroccan outfit Raja Casablanca with a 5-1 aggregate score.

Against the Congolese club, they go up against a side that beat Burundian outfit, Bumaruru FC 1-0 in the second leg to get to this stage after playing to a goalless draw in the first meeting during the first round.

A good start would be vital for the Buccaneers, but, who are Diables Noirs:

–          Diables Noirs have appeared six times in the Caf Champions League, but ended up in the preliminary stages on all occasions.

–          Lorry Nkolo is one of the team’s key players, with the striker having scored the only goal that saw the club qualify for this round.

–          Hardy Binguila is another name that the Buccaneers will have to keep a bated eye on. With a knack for goals, the midfielder is a Congo national team player and is entrusted as the playmaker of the club. The 25-year old Binguila has a wealth of experience having played in France for AJ Auxerre and in Albania for FC Tirana.

The return leg is scheduled for the 22nd of October at the Orlando Stadium.