'God has allowed me to reach heights that no one has ever managed to reach,' said Mabunda 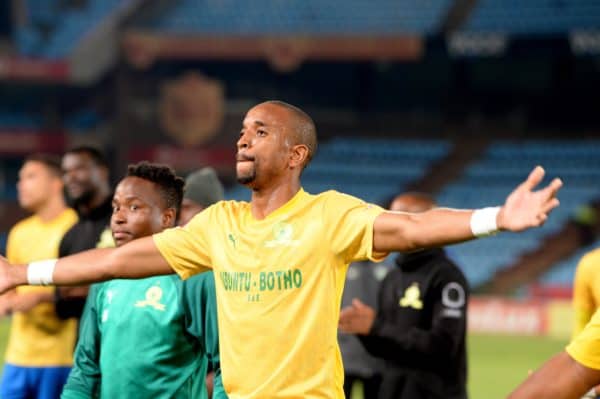 Now an ambassador at Mamelodi Sundowns, Tiyani Mabunda explains why he hung up his boots at just 33. Picture: Lefty Shivambu/Gallo Images)

A firm believer in God, retired Mamelodi Sundowns midfielder Tiyani Mabunda has revealed that the decision to hang up his anointed boots is something that was running through his mind for a very long time.

Mabunda shocked many when he announced his retirement in August, at just 33-years, an age where many are seen as pillars of their teams. He has since taken up a position of Club Ambassador.

“Sugar”, as Mabunda is affectionately known, and says he was led to another role after feeling that he had accomplished everything he had ever desired in his football career.

“Honestly for me, I had this thought for many years. I believe that God has given me a chance to maximize my talent. And God has allowed me to reach heights that nobody has ever managed to reach. For me to have been given the opportunity to reach wherever I have reached and acquire whatever I acquire, it can only be by the hand of God. I felt that whatever I wanted to achieve as a footballer, God has allowed me to achieve,” said Mabunda, who is currently Downs ambassador.

“Now God has called me to a different assignment and I’m one person who loves a challenge. So, God has placed me in a different department and I need to excel that I have done (inside the pitch). This is the time for God to do what he wants through me as he has allowed me to do throughout my playing days.”