Young Bucs getting game time in the reserves

The duo are yet to make any appearances for the senior team this season. 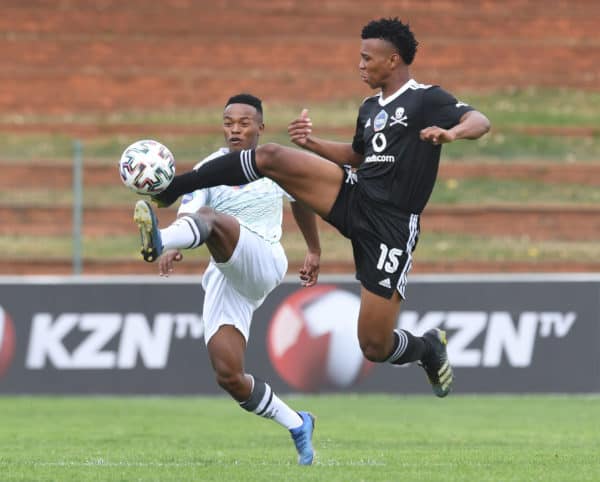 In a team filled with outrageous talents, cementing a place, let alone breaking into a starting line-up at Orlando Pirates can be a mammoth task for many. Bucs academy graduates Boitumelo Radiopane and Thabiso Monyane know just that, as the duo has been spending some time playing in the DStv Diski Challenge with the reserves.

Monyane, who was promoted to the senior team back in 2019, has previously enjoyed much game time at the club under the guidance of former coach Josef Zinnbauer.

The left-back, who can also play as a left-winger has not even featured once for the seniors this campaign, as well as Radiopane, who last played with the big boys during the club’s off-season friendly match against Kaizer Chiefs in the Carling Black Label Cup.

The pair featured for the youthful Bucs team in the recent 3-1 loss to Supersport United at the Lucas Moripe Stadium, with Monyane captaining the side and Radiopane substituted in the second half.

Pirates have played five games in the Diski Challenge, recording three wins and two losses. They are sixth in the league standings with nine points in the bag, just one point behind log leaders Mamelodi Sundowns, who are on 10 points from the same number of games.

The Pirates seniors will be back in domestic action on Wednesday against Maritzburg United following their 0-0 drawn second preliminary stage first leg Caf Confederations Cup tie against Diables Noirs away in Brazzaville, Congo last night (Friday).

With many fixtures on the radar for the Buccaneers, both Radiopane and Monyane will be crossing fingers to get some action in the senior team soon.