Mokwena vowed that Sundowns will always throw their weight behind Bafana. 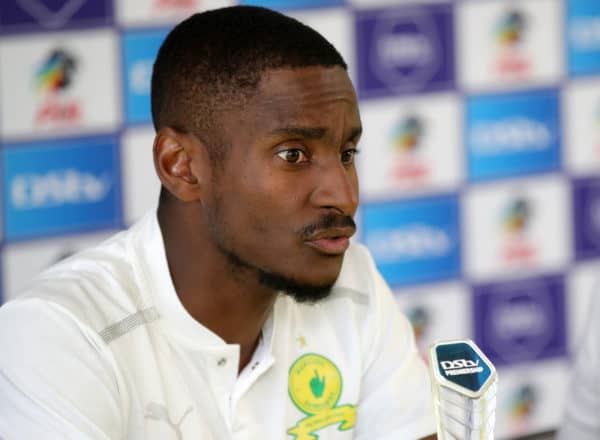 “Something is happening in that space and I’m not quite sure what it is.”

Those are the words of an extremely disappointed Rulani Mokwena, who was clearly not happy with Bafana Bafana over the management of his Sundowns players.

Mokwena is complaining that Sundowns players who were called-up for Bafana’s double header against Ethiopia in the Fifa World Cup qualifiers returned to Masandawana with some injuries. Mothobi Mvala, Rushine De Reuck and Thabiso Kutumela were all in the Bafana team but it was only Kutumela who was available in Sundowns’ Caf Champions League 2-2 draw against Maniema on Sunday.

In what sounds like a clap back – as Bafana coach Hugo Broos accused Sundowns of sabotaging the national team when they scheduled Kutumela for a Covid-19 vaccination just before Broos assembled his Bafana camp – Mokwena expresses his disappointment in Bafana’s medical team and questions the communication, or lack thereof, from the South African Football Association to clubs.

“It is a very difficult situation because we can’t even communicate with the medical department. We don’t know the training program or the itinerary, we don’t get training feedback and there is no data. The cooperation from Bafana frustrates us a little bit because over the years, Sundowns has always shown the willingness to support the nation and release personnel,” said Mokwena.

“Even in the previous camp, Thapelo Morena returned injured and he is still not fully back yet. And then we have the situation of Mvala who is very important for us, particularly in this African assignment but he comes back from Bafana and he is injured. De Reuck did not finish the game against Swallows (prior to the international break) because he had muscular complications but he continues to play for Bafana. Kutumela came back overloaded and he struggled with the performance,” he added.

The Sundowns mentor vowed that his side will always throw their weight behind the national team, but hopes for more transparency going forward.

“We have to keep supporting the national cause. Ours is to focus on what we have to focus on … what we can control. It is just disappointing that in the last two international breaks we received our players with complications and these are all muscular which speaks to you about the training and match load. These are the things that disappoint us, but it is what it is.”