'Football is a complicated game because silly players want to make it complicated,' lashed the Usuthu coach. 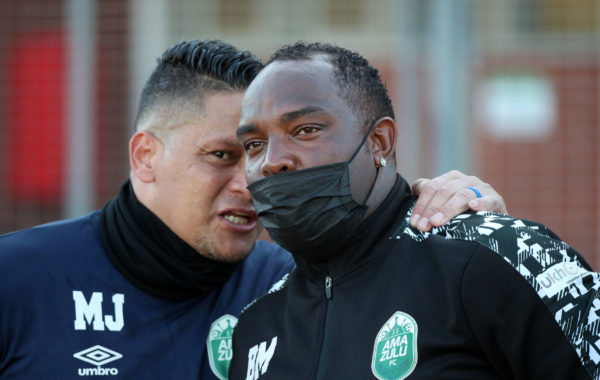 Not one to keep mum along the sidelines, Amazulu coach Benni McCarthy let his assistant coaches do the talking when Usuthu beat TS Galaxy 1-0 in a DStv Premiership game on Tuesday. Picture: Muzi Ntombela/BackpagePix

Benni McCarthy is known to be a man who wears his heart on his sleeve and lashes out whenever he feels disrespected in any way. But on Tuesday he was stunned into silence as his team just could not get into gear in their 1-0 win over TS Galaxy at Mbombela Stadium.

Usuthu were so lackluster that McCarthy admitted afterward that he would have been happy had Galaxy found an equaliser or even beaten his team.

What looked to shock Benni out of his skin was Siphelele Mthembu’s embarrassing miss when he was set up for a tap-in in the first half.

McCarthy didn’t shout as per the norm but he just buried his head in his hands and wore an emotionless face.

But soon after the restart, after he had hauled off Mthembu for Bongi Ntuli, Usuthu scored through Luvuyo Memela and the goal was enough to seal the win.

Asked what he told the players at halftime, Benni gave an unexpected answer.

“I think they knew that I was saying if they continue to play the nonsense they were playing then I would have my say at the end of the game,” said McCarthy.

He then pummeled the players, not just AmaZulu’s saying they try to do things that are out of their skills range and capabilities instead of sticking to the basics.

“Players not listening… When you have a job to do, it’s very simple. I don’t understand how many times you have to tell players, ‘play simple.’ Football is a complicated game because silly players want to make it complicated and do things that they are not accustomed to doing. (Lionel) Messi and the best players in the world don’t do that.

“But here in South Africa, the level is there, but we want to do that. And that’s what we were doing and it was frustrating the life out of me. So just a simple give and go, simple football, and everyone wants to complicate that in the end.

“I think all South African players – not just AmaZulu players – we have to learn to play to our strengths. If you are not accustomed to doing something, then don’t do it. That’s what they do and wonder why our level doesn’t go up.

“We keep being mediocre because we want to be special when we are just learning how to walk. That frustrates me. My team is doing it now but you see it every week in South African football. And you say ‘My God, let’s play to our level’.”

Baxter unhappy, says Chiefs were losing the game before Cole’s red card
6 days ago
6 days ago

Usuthu out to reclaim owed points at Chiefs, says Sikhakhane
7 days ago
7 days ago 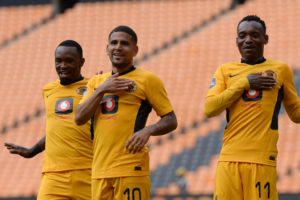 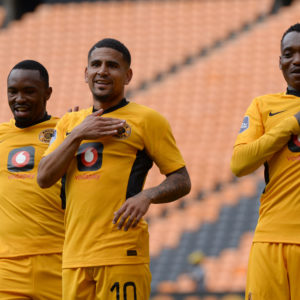 Now for a third one in a row, says Dolly as Chiefs target Usuthu
1 week ago
1 week ago

Baxter unhappy, says Chiefs were losing the game before Cole’s red card
6 days ago
6 days ago

Usuthu out to reclaim owed points at Chiefs, says Sikhakhane
7 days ago
7 days ago

Now for a third one in a row, says Dolly as Chiefs target Usuthu
1 week ago
1 week ago