'We want this competition between him and Thapelo to stay strong', insists co-coach Manqoba Mngqithi 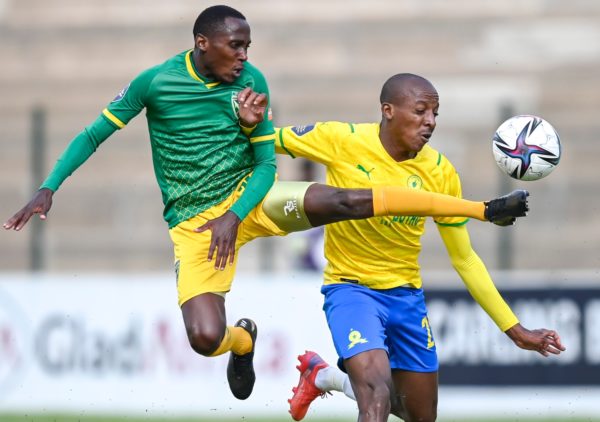 The old aphorism “It’s never enough” is a consistent truth in football because no matter what you do as a footballer, some coaches will always demand a lot more from you.

And this is the case for Khuliso Mudau, who worked his socks off on the right hand side of Mamelodi Sundowns’ defence when they beat Golden Arrows 1-0 in the DStv Premiership on Wednesday.

Mudau was named Man-of-the-Match, deservedly so, but his coach, Manqoba Mngqithi, has told him to up his game to keep regular right-back Thapelo Morena on his toes. Mudau was Downs’ first choice at the start of the season but his progress was derailed by an injury, the same time Morena joined him in the casualty ward. Both men have returned to full-fitness but it appears as though Mudau might get the nod ahead of Morena.

“We are hoping that Khuliso can be a little bit consistent in his performances because he is going to help us a lot and we believe that he deserved the Man-of-the-Match award because he worked very hard,” said Mngqithi.

“When we substituted him (Mudau) I told coach Wendell Robinson that he was probably the Man-of-the-Match because he was outstanding and we are happy as a group because we want this competition between him and Thapelo to stay strong because it is good for us to always have two people who can give a good account of themselves,” he added.

The Brazilians might have bagged all three points to move four points clear off SuperSport United, but they were not happy with the groundsman trusted with maintaining the Sugar Ray Xulu Stadium as Mngqithi lamented on the poor condition of the pitch.

“They started with the team that we anticipated, which is the team that they fielded against Sekhukhune and they were a lot faster and sharper than us in every duel.

What made the situation a little bit difficult was the pitch, it did not allow us to play our normal football which would have helped us to take the steam off them by keeping possession of the ball but the condition of the pitch was not very good and we ended up making mistakes which exposed us to a lot of counter attacks. But the boys worked very hard and they gave a god account of themselves.”