The Buccaneers have managed to find the back of the net 11 times in the league while conceding 10 in the process. 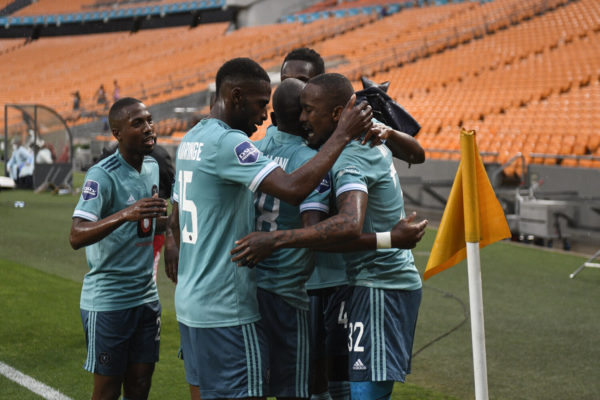 Orlando Pirates co-coach Fadlu Davids once again rued his side’s failure to capitalize on their goal-scoring chances and believes they deserved a victory in their Soweto derby clash against Kaizer Chiefs at the FNB Stadium on Saturday.

The former Maritzburg United coach says his charges dominated the Glamour Boys and they should have scored the winning goal after the scores were level on 1-1 following Keagan Dolly’s goal, which was later cancelled out by Linda Mntambo before Dolly registered his brace, scoring a penalty after Khama Billiat was brought down inside the box by Olisa Ndah, but Davids questioned the foul.

READ ALSO: Dolly at the double as Chiefs sink Pirates with last-gasp penalty

“I think total dominance from the first-half to the end of the match. We said to players at half-time, ‘with the dominance you have, you have to score’ and that has been our achilles heel at the moment. On top of that, giving opposition goals, if you look at it, gifting them the first goal, the second goal if it’s a penalty it’s questionable. But really total dominance from start to finish, proud of the players in that regard but ja, we can’t give opponents goals,” the Bucs coach told SuperSport TV after the match.

“In the first-half it was just us not scoring the goals, the substitutes, yes made an impact but they gave the cherry on top. The best team lost, it’s clear, really proud of the players in terms of how they performed but we have to score, when we have that dominance, when we’re on top. Even in the end we got the equalizer, we were the only team going to get the winner. But unfortunate with what happened in the end, Billiat slipping, it’s something.”

Scoring goals is a big concern for the Buccaneers having only managed to find the back of the net 11 times in the league while conceding 10 in the process. The Buccaneers have now registered two losses, five draws and three wins since the start of the domestic campaign.