'We all know that education is very important for all of us, more especially for us as footballers because our careers are relatively short,' said 21 year-old midfielder Sabelo Radebe. 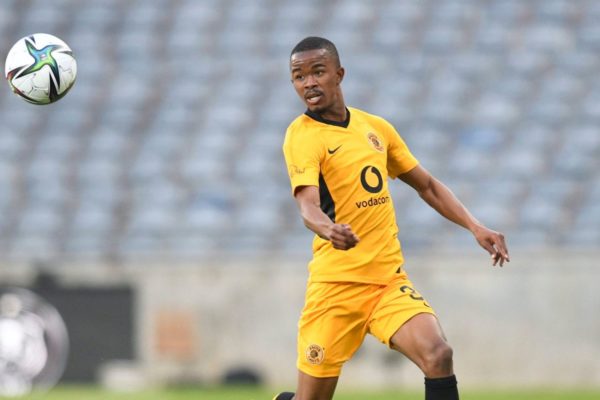 Kaizer Chief’ promising young midfielder Sabelo Radebe is an exceptional player with some clever tricks and passes on the field, but his cleverness doesn’t end on the pitch – the 21-year old has obtained a Marketing in Sport Specialisation qualification from Boston City Campus.

Radebe becomes the second Amakhosi player in the space of months to get a qualification after Bernard Parker also recently completed a Higher Certificate in Sport Marketing Diploma at the same college.

Radebe was promoted to the Chiefs senior team last year by former coach Gavin Hunt, but the player only got taste first team action during the Carling Black Label Cup this year.

The midfielder says he is happy to have acquired his qualification and says education is very important to soccer players.

“I’m very happy to have acquired this qualification, because we all know that education is very important for all of us, more especially for us as footballers because our careers are relatively short,” the 21-year-old Radebe told the Kaizer Chiefs website.

“I have to admit that it was quite challenging to come back from training every day and then having to switch to books. But with the determination I have, I pushed as much as I could and it paid off.”

Radebe joins a number of Premier Soccer League players who have taken their studies further and have qualifications like Tsepo Maselela, who is a former Chiefs defender and is currently on the books of AmaZulu FC. Masilela holds a degree in business studies.

Another Usuthu player, and a former Amakhosi and Orlando Pirates striker Lehlohonolo Majoro, graduated as a Radiologist from the University of Johannesburg.And there are plenty more PSL players who have higher education qualifications or are currently furthering their studies.

Radebe will surely now be looking to get some game time in the first team with the midfielder yet to make his official debut for the Glamour Boys.