'We need silverware or something, because it’s been a while,' said the lanky Olisa Ndah. 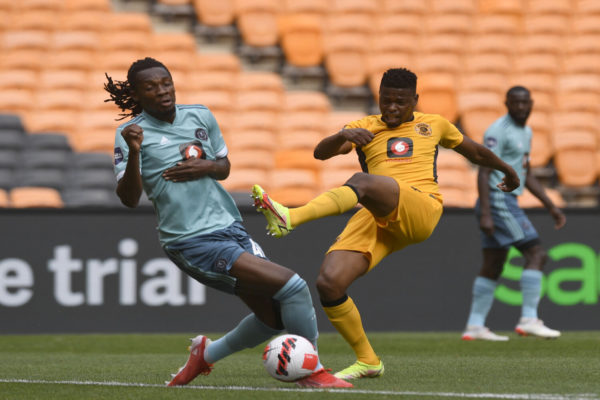 Despite the club’s inconsistency, new Orlando Pirates defender Olisa Ndah says the team should aim for the DStv Premiership title this season.

The Buccaneers are currently 11 points behind log leaders Mamelodi Sundowns, with the Pretoria side having amassed 25 points in their last nine league fixtures.

Pirates, meanwhile, are sitting in position seven on the log with 14 points after 10 games.

With the championship mentality still in him after been crowned the Nigerian Premier League champion with Akwa United prior to joining Pirates, the Nigerian is eager to see Pirates doing well and says their game against Golden Arrows at the Princess Magogo Stadium on Saturday should be the start of good things to come for the club.

“I’m always looking to improve for the benefit of the Club. We need silverware or something, because it’s been a while. We have to challenge for the league, we need to start from this weekend and start stringing together some good results,” said.

“The league has good players. It’s pacey, and quite tactical. So yeah, I think the standard is good. It hasn’t been that tough to adapt. From the way the coaches want us to play, to how the rest of the teams play. It hasn’t been really that difficult for me.”

With only six appearances under his belt, Ndah admits that he doesn’t have a lot of information about the side from KwaZulu-Natal, who are in 10th place on the league table with 12 points from the exact number of matches as Bucs.

“I don’t know much about them. From what I’ve seen I think they’ll try and counter-attack, as well as build from the back. On our side, we can use our high press, because it’s been working for us.”

Ndah might still be new at the Buccaneers, but he has won the hearts of many of the club’s supporters with his great defensive play, despite his error in the previous game against Kaizer Chiefs, where he conceded a last minute penalty which saw Amakhosi win 2-1.