It will be a tough game,' said the 24-year-old former Swallows and Wits player. 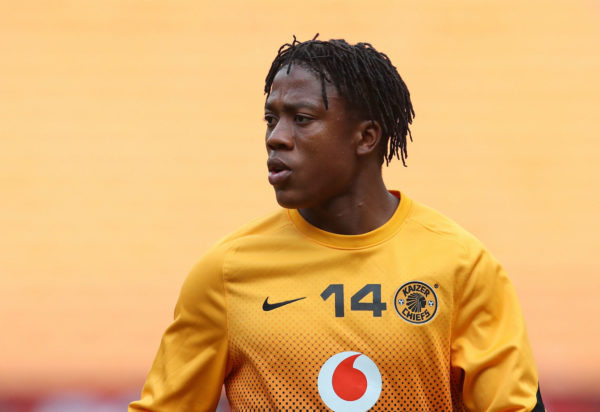 Kgaogelo Sekgota believes Kaizer Chiefs will have to be at their best if they are to get anything out of their game DStv Premiership match against Maritzburg United on Sunday.

Amakhosi visit the KwaZulu-Natal side at Harry Gwala Stadium and Sekgota says Maritzburg are known to always be a difficult team to beat. He believes that with their poor start to the season, Ernst Middendorp’s Team of Choice will be looking to make amends.

“Maritzburg will not be easy and they have not been an easy team to beat when they play at home,” Sekgota told the Chiefs official website.

“They have also not had the greatest of starts so they are looking for maximum points. They will want to start picking up points so they can move away from the bottom half and we are aware of that.

“We are also looking for the three points so we can move up the log table. It will be a tough game,” added the 24-year-old former Swallows and Wits player.

But with the hard work that Amakhosi have put in training this week, Sekgota has some belief that they will be successful in their hunt for the full points.

“Our preparation was not hugely affected by other players’ absence because they were training with the national teams.

“We also kept in contact with some of them that were representing us and we were fully behind them with our support and hoping they do well. We are happy to have them back in the fold so we can all now focus on the next match.”

Sekgota says the Fifa break was good and gave them some resting time so they could be fresher again.

“We rested a bit during the break, but we’ve been back at training for a number of days now and fully focused on the next game.

“We have been preparing for Maritzburg and are aware that their coach (Middendorp) has some information about our team because he was here two seasons ago.”