The Buccaneers have scored 11 goals, while conceding 10 in their last 10 league fixtures. 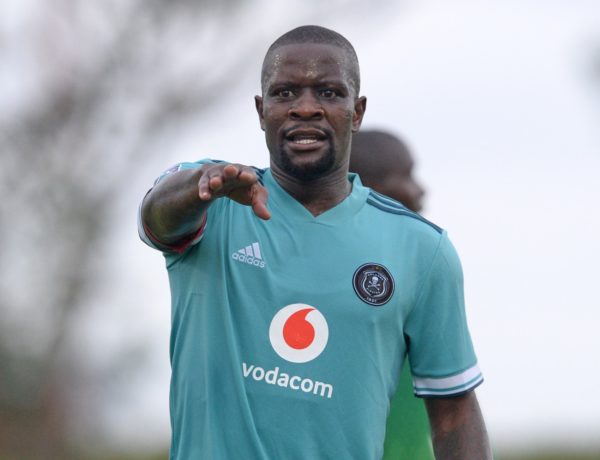 Luck is not on Orlando Pirates’ side, says defender Ntsikelelo Nyauza following the team’s goalless draw with Golden Arrows in a DStv Premiership tie at the Princess Magogo Stadium.

The Buccaneers have been misfiring in front of goal this campaign, costing the club maximum points in most games while losing some matches. In the clash against Arrows, had a number of opportunities to find the back of the net, while they were also denied by the cross-bar following a well taken set-piece by Deon Hotto.

Lack of goals at the club has seen the Soweto giants only score 11 goals, while conceding 10 in their last 10 league fixtures. And with that rate, the club occupies seventh place on the log with 15 points in the bag.

Nyauza, who returned to the starting line-up following a long absence, believes that the club’s defence at the moment is stable, and the only thing they need to sort out is their striking force going into their next league fixture against Stellenbosch FC at Danie Craven Stadium in Cape Town on Wednesday.

“I think going forward to our next game we should use our chances, because now we fixed our defence. It is just that we are in a phase whereby we create a lot of chances, but we don’t have the luck to score. We are going through this phase, but we should be persistent and create chances. Create about 10 chances, we can get one or two, we just have to keep on going.”

Bucs’ will need to find their scoring boots in order to start getting positive results, especially with their Caf Confederation Cup campaign resuming next week. They will be hosting Liberian side LPRC Oilers in the first leg of the play-offs at the Orlando Stadium next weekend.