Chiefs made to sweat for victory against Maritzburg

Veteran striker Bernard Parker's header was enough to hand Amakhosi a victory on the road. 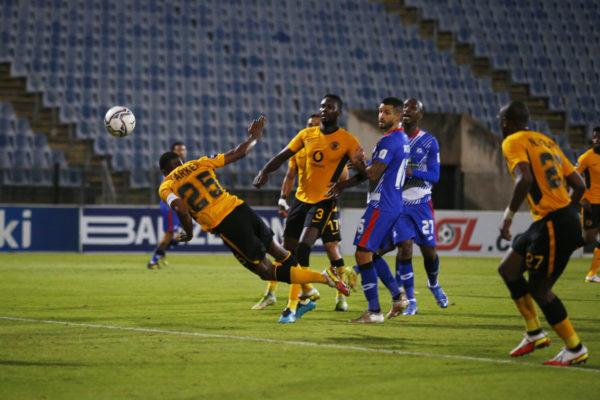 Kaizer Chiefs have managed to pull a second win a row after beating Maritzburg United 1-0 in a DStv Premiership match at Harry Gwala Stadium on Sunday night.

Amakhosi were coming from a confidence boosting win against Orlando Pirates in the famed Soweto derby and just managed to get another important three points at Maritzburg.

READ ALSO: Baxter on the good and the bad of the Fifa break

It was not an easy win with Ernst Middendorp’s side proving to be tactically difficult to take apart for the Soweto giants.

After the delay of more than 90 minutes the game got off to a slow start with none of the sides able to create any credible scoring chances. The delay was due to an electrical fault which was eventually solved.

Chiefs could have however taken an early lead but Njabulo Ngcobo’s header from a corner kick hit the woodwork and sailed to safety.

Maritzburg settled into the game quicker and made some promising runs into the Amakhosi half but they just could not get the final ball right to trouble Daniel Akpeyi.

Chiefs came back a little more organised for the second half and managed to push Maritzburg back and dominate play although it was still in patches.

They won a few set plays and from one of the corners Bernard Parker hit the back of the net with a header from just under Marcel Engelhardt’s poles.

Maritzburg did try to get back into the game but found that Chiefs were unwilling to let go of the three points they had already had their hands on.

Maritzburg will have to quickly get over this defeat and get ready for another tricky encounter as they visit Marumo Gallants next.

Gallants are confident after scoring their first win of the season this weekend following the arrival of well travelled mentor Daniel Malesela.

Chiefs will be hyped up when they host AmaZulu at FNB Stadium on Wednesday following their consecutive wins.

The win has catapulted the Naturena side to sixth position where they are equal on points with Royal AM and SuperSport United above them.

They are however a sizeable distance off runaway leaders Mamelodi Sundowns with eight points separating the two giants of local football.