We knew what to expect from Stellies, says Pirates’ Hotto

“The coaches told us what we should expect from Stellenbosch," says Hotto. 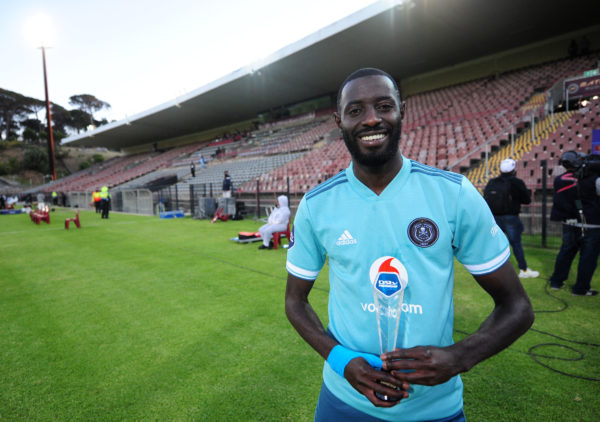 Orlando Pirates’ perfect display against Stellenbosch FC was all thanks to proper planning and knowing exactly what to expect from the opponents.

ALSO READ: Pirates are in the goals again as they smash Stellenbosch

This is according to Pirates winger Deon Hotto who won the Man-of-the-Match award after scoring a brace in Wednesday’s 3-0 win against Stellies in a Dstv Premiership game played at the Danie Craven Stadium. Collins Makgaka netted the third goal for Bucs.

It was a performance that the Soweto giants needed after failing win in their last two games, losing 2-1 loss to Kaizer Chiefs and playing to a goalless draw against Golden Arrows in their previous games.

“The coaches told us what we should expect from Stellenbosch. I think the game plan worked very well for us, playing behind the third line, and ja, it worked. We are grateful because it is a stepping stone to our upcoming games,” the Namibian international winger told the club’s website after being named man-of-the-match.

“I am grateful for scoring two goals, it is something that I have been working on and at least today it came through. I’ve been working hard for it and I am grateful. But they are coming (goals), I hope I am going to score more in the future.”

With the win, Pirates have now recorded four wins, six draws and two losses in their last twelve league matches, which puts them in seventh place in the league standings.

Pirates will be out of action in the domestic league this coming weekend as they change their attention to the Caf Confederation Cup.

Bucs are off to Liberia, where they will be looking to get a positive result against LPRC Oilers in the first leg of the Caf Confederation Cup play-offs on Sunday.