The 17-year-old is one of the players in the Bucs juniors who has raised his hand very high. 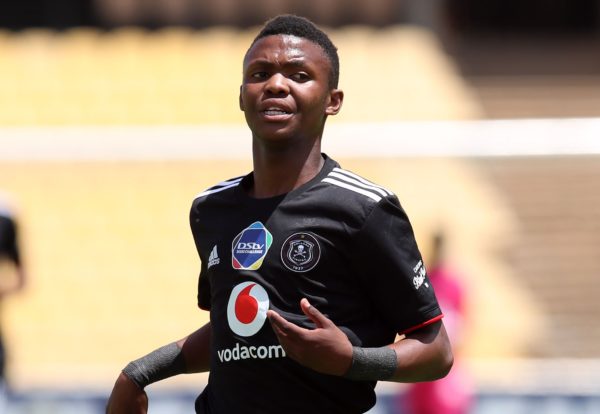 The last few years have seen a number of youngsters from the Orlando Pirates development graduating to the senior team and there are still many knocking on the door, with the latest shining star in the Bucs reserves being midfielder Mohau Nkota.

Nkota, who is just 17 years old, is one of the player in the Buccaneers juniors who has raised his hand very high with some sterling performance in the DStv Diski Challenge (DDC), impressing coach Mandla Qhogi.

The Bucs juniors have been very impressive in this season’s Diski Challenge campaign, thanks to the likes of Nkota, and already promoted Boitumelo Radiopane, who have scored and created a number of goals.

Qhogi is quite impressed with Nothern Cape-born Nkota’s contribution and he believes they have found a great talent in the midfielder, who only joined them last year.

“Nkota was a great finding for us but not only him, all the new players who have joined us this season. Mohau is a very energetic player always becomes a goal threat once in the field. Whenever he is in the final third, he thinks about taking shots, he possesses very good technical attributes in connecting with the ball and he is very intelligent in tactical behaviour to find the right spaces,” said the Bucs reserves coach.

“He comes from Northern Cape in Kimberly, from a project done by the club in conjunction with Shield Sbonise idiski Challenge and Chelsea, which was a project that brought in Cassius Spandiel , Amogelang Matebesi. But because he (Nkota) was a very young at that time we asked a guy who’s working with Sol Platjie University to have a look at him by monitoring him until we brought him around April last year to join us. He played few games in our Gauteng Development League team to help him adapt to club playing style and while preparing him for this stage of the DStv Diski Challenge.”

With the DDC campaign having resumed this past weekend, Nkota helped the young Buccaneers to start the year on a positive note after they defeated Mamelodi Sundowns 3-2 at the Lucas Moripe Stadium.