Irritated Baxter says he will go if Chiefs wants him to

'I’ll walk, not a problem,' says the Amakhosi gaffer. 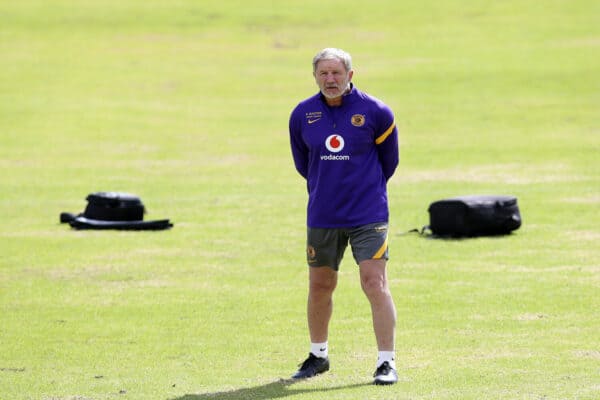 The return of Kaizer Chiefs supporters at FNB Stadium came with an almost familiar trend – calling for the coach’s head. It did not help Stuart Baxter despite losing 1-0 to SuperSport United, his team were also not good on the day and didn’t produce a convincing performance.

But that could have easily been due to a slippery pitch as the rain was pouring throughout the game.

READ ALSO: Chiefs fail to use fans advantage as they lose to SuperSport

After the game, a group of Amakhosi fans called for Baxter to go and it seems to have irritated the British mentor.

“I don’t have any message to the fans because if they want me to go, then I will go. If the chairman (comes and) says to me, ‘I don’t think you’re doing a good job’, then I’ll walk. I’ve got no problem doing that,” said Baxter when asked about the incident.

“I will walk myself, if I don’t think I’m affecting the team in a positive way, I’ll walk, not a problem.”

He went on to make a statement that will probably irk the supporters even more as he claims to be the biblical messiah that the Naturena side needs.

“I am the only coach that has given this club any success in the last 20 years, but I’ve got to go because we dominate the game and lose 1-0? I’ve got to listen to that?

“It’s ok, they are fans, they have the right to say exactly what they want. If that reflects what the chairman thinks and what the players think and the majority of our fans think then maybe I should walk.

“But that’s nothing a group of fans will decide, that’s something the club or I will decide. If I get that feeling (that the club doesn’t need me anymore), then of course I’ll walk. But at the moment I’m looking at it as a game we should have won but we didn’t and that happens in football.”