"Sometimes when they make a sub and I look at who is coming in, I already know that I have to shift", say the Sundowns midfielder. 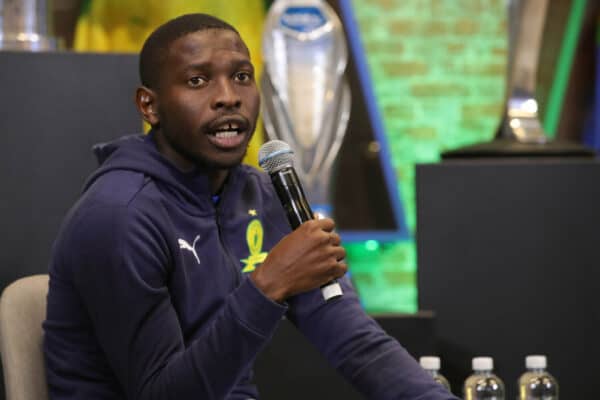 In 2019 when Stuart Baxter named his Bafana Bafana squad for the Africa Cup of Nations, Aubrey Modiba was hot property in the Premier Soccer League but then Bafana mentor shockingly left him out from his 23-man group. His reasoning was that Modiba was too versatile and he had no specific position to slot him in.

Who would have imagined that being able to slot in almost every edge of the field could cost you a place in the national team? Modiba, just like many at the time, was shocked and disappointed. He did not decide to stick to one position to please Baxter, and that worked in his favour  because when Baxter left, Modiba was a regular feature in Molefi Ntseki’s side, who was Baxter’s understudy and had different views about a player like Modiba.

READ ALSO: Chiefs splash the cash, now they need to deliver the trophies

“When you are doing well you expect to get a call-up and when coach Stuart said those words, it was disappointing to hear that but I respect that and I respect him. He coached me at SuperSport and we won trophies together,” said Modiba.

“Coaches have different beliefs, it’s normal, and at that time coach Baxter said I could not make the squad because of that and it was his belief and philosophy which I respect. But the fact of the matter is that I play in many positions even one game and for me that is easy because I am used to changing positions – I’m always ready to play anywhere.

“and now I am used to it. The coaches like versatile players and I don’t see anything wrong with that because at the end of the day they are my coaches and they are trying to improve my game,” he added.

With the new sheriff in town, Hugo Broos, Modiba has not really had the best of luck and last time around, he was named in Bafana’s provisional squad in the recent 2-1 loss to Morocco in the Africa Cup of Nations qualifier. Modiba did not make the final cut but his hopes to return to the national team have not gone up in smoke.

“I’m still young and I think I still have a chance to play for Bafana. I was in the preliminary squad and not seeing your name in the final squad is disappointing because with the few games that I have played, I thought that would be enough for me to make the team I really want to go back to Bafana and do well because when you play for the national team, you are rubbing shoulders with big players who are doing well and you always want to be in that space so you can improve your game,” said the former Matsatsantsa A Pitori player.

He adds: “The last time I got a call-up was for the Cosafa Cup and I could not play because I got sick and I got most of my call-ups when I was at SuperSport because I was scoring goals and I was performing for the team and I was playing regularly at SuperSport but now I don’t think I have been consistent enough to get a call-up and as a person, you need to be honest with yourself. Hopefully next season I can get my scoring boots again.”