'I can confirm that yesterday I conferred charges of misconduct pursuant to a complaint lodged by Jomo Cosmos against Hungry Lions,' said Majavu. 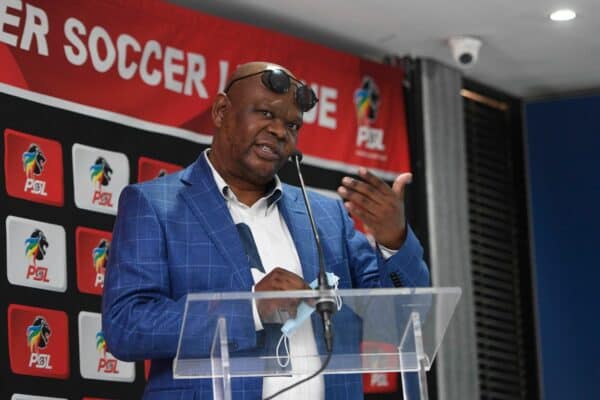 Zola Majavu has confirmed that Jomo Cosmos have lodged a complaint about Hungry Lions with the PSL. Picture: Sydney Mahlangu/Backpagepix

Advocate Zola Majavu, the Premier Soccer League’s prosecutor has confirmed that Jomo Cosmos have filed a complaint against Hungry Lions, accusing them of using an ineligible player in their GladAfrica Championship games.

Phakaaathi reported earlier that Lions had used a player who was not properly registered in their games. It is not clear at the moment how many games the player was involved in.

It is, however, believed that if the PSL disciplinary committee ruled in Cosmos’ favour, and Lions are deducted points, Jomo Sono’s side would be safe from relegation.

“I can confirm that yesterday I conferred charges of misconduct pursuant to a complaint lodged by Jomo Cosmos against Hungry Lions,” said Majavu on Thursday afternoon.

“The allegations, which are the substance to a complaint by Jomo Cosmos, are that a player by the name of Tshepo Mohlala was a defaulter and therefore was fielded in circumstances where he was not eligible.

“And because this matter is by way of a complaint, in accordance with the rules of the league, the onus to prosecute the matter rests on the complainant in this Jomo Cosmos,” he added.

“Upon receipt of such a complaint and the league prosecutor satisfied that the initial procedural requirements are met in accordance with the rules, the prosecutor is enjoined to enrol this matter for hearing.

“At said hearing the responsibility will then be passed to the complainant. In that light, the matter has been enrolled for hearing on June 27 at the offices of the league. Once the matter has been finalised and the DC has given its ruling, I will then come back and publicise the outcome thereof.

“I can also confirm that for reasons of transparency, fairness and equity, all the affected parties have been notified in case they have an interest in the matter,” explained Majavu.