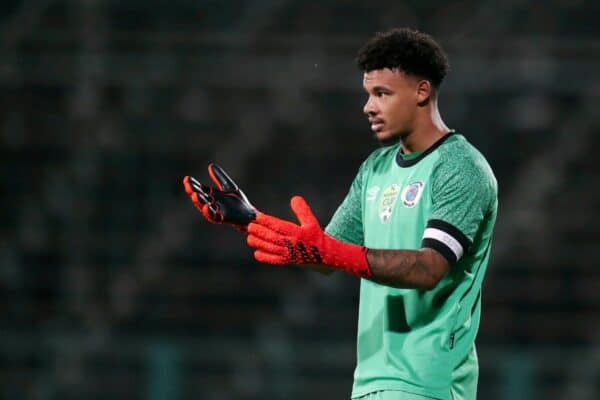 The script of Ronwen Williams is quite a unique one in South African football, where a player joins a club from the tender age of 12 and leaves as the most capped player with over 350 games in between the sticks.

It was a no-brainer when Williams was appointed SuperSport United captain after the departure of Dean Furman, and he has now gone on to become the senior men’s national team skipper.

After close to two decades as a servant of Matsatsantsa A Pitori, Williams turned his back on the side to join crosstown rivals Mamelodi Sundowns, and he received a one of a kind farewell from The Spartans.

“When he got here, he was cool, calm and collected and sometimes I thought, ‘is he not home sick?’ He would sit in the corner and he would talk very little and I hoped he was okay. It turned out that Ronwen was watching and learning quietly and he learned the right things,” said SuperSport chairman Khulu Sibiya.

“Ronwen was a revelation, not only to me but to a number of people in the team. I have spoken to many of the players and asked them ‘what do you think of your captain’, and they have high respect for him. His impact has been just unbelievable,” Sibiya added.

Not only did Williams make an impression on the top brass of the club, his humanity impacted the unsung heroes, the people who are the wind beneath most players’ wings. SuperSport’s ‘housemother’, Girly Makasela, who has been with the club for over two decades, is one person who played a role in Williams’ upbringing as the Gqeberha-born arrived at the club with no family in Gauteng.

“I have been with Ronwen since 2005 until now. I took myself as his parent because I would spend time with him from January to December. I remember when he received his first inhouse award, the first thing he said was ‘thanks to the aunties, they have been taking care of me from day one’,” said Makasela.

“That touched me emotionally because I realised that these boys actually recognise our presence in their career. He would teach the rest of the players that they need to respect everyone in the club.

“He told them that before you respect your coaches and teammates, you need to respect the ladies around you in the club. He grew up in front of me and in my care and I am so proud of how his career has turned out,” she added.