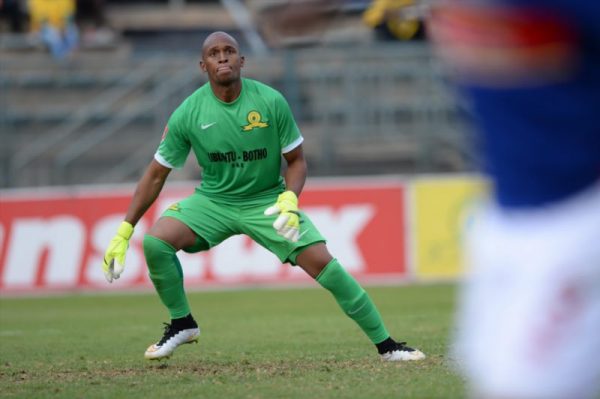 Ngobeni returned to Sundowns following a loan stint at Free State Stars where he was one of the better performers in an otherwise difficult season for Ea Lla Koto.

It was expected that Ngobeni would be one of the goalkeepers at Masandawana next season, taking over from Wayne Sandilands who has since joined Orlando Pirates.

“It is a difficult situation for Thela because he was hoping to get a chance to fight for his place but now a keeper with international experience has come on board which takes him further down the pecking order,” said a source.

Another source however said Ngobeni may be kept and Zambian national team keeper, Kennedy Mweene will be let go instead.