This comes after Amakhosi were knocked out of the Telkom Knockout by bitter rivals Orlando Pirates over the weekend. 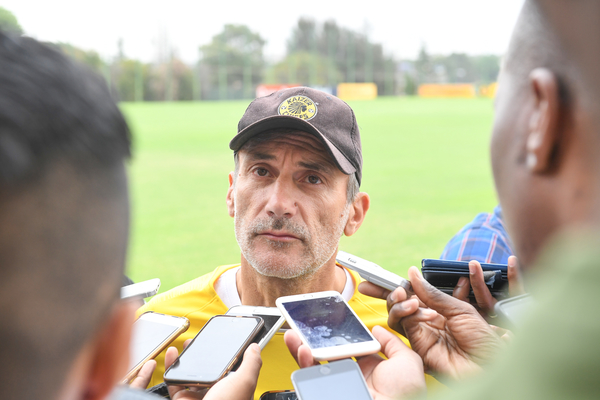 Phakaaathi has learnt the Kaizer Chiefs management is losing confidence in coach Giovanni Solinas and the Italian mentor could be sacked if things do not change.

This comes after Amakhosi were knocked out of the Telkom Knockout by bitter rivals Orlando Pirates over the weekend.

The loss against Pirates meant that Chiefs have lost out on two competitions already this season – the MTN8 and the Telkom Knockout.

With the Nedbank Cup, the Absa Premiership, and the Caf Confederation Cup still up for grabs, Amakhosi can still win some silverware this season.

However, a source close to Chiefs told Phakaaathi that the Amakhosi management was worried this could be another barrel season for the club.

“After losing out on the MTN8, the management thought that Solinas could win the Telkom Knockout for them, but he failed,” said the source.

“What is worrying the management is the fact that it seems that Solinas is still trying to find combinations even though he has been on the job since the beginning of the season.The Chiefs management doesn’t want another barrel season. They have invested a lot this season and they’re expecting to see results. So expect a change in the coaching department soon if things don’t change,” added the source.