Defender contemplating move away from Maritzburg on deadline day

Before joining Maritzburg, the French-Algerian had a brief stint with French side La Duchere. 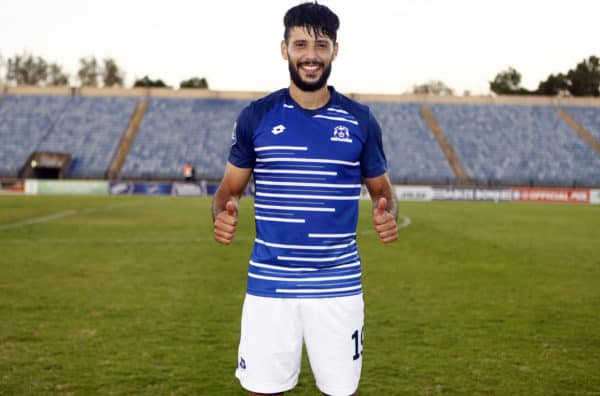 Former Mamelodi Sundowns left-back Fares Hachi could leave Maritzburg United on transfer deadline day, as he is said to be contemplating a move back to France.

Before joining Maritzburg, the French-Algerian had a brief stint with French side La Duchere, and after one season with the KwaZulu-Natal outfit, Hachi wants to be closer to his family.

“Hachi always wanted to play outside of his country (France) and explore other styles of football, that is why it was easy for him to leave Grenoble (French team) and join Sundowns. But now he has a young family and he does not want them to grow up in a foreign land,” said a source.

Maritzburg have lost a couple of players during the current transfer period including their star player Thabiso Kutumela, who left the Team of Choice to join Mamelodi Sundowns.

The club has since replaced the departed players with other quality players like Rowan Human and Leletu Skelem who were signed from Israel’s Maccabi Tel Aviv and Stellenbosch FC respectively.

The duo were joined by several other signings including former Kaizer Chiefs goalkeeper Brylon Petersen.

Petersen was amongst the players who were released by Chiefs following the conclusion of the 2020/21 season.

The 25-year-old Pietermaritzburg-born goalkeeper has quickly found a home at Maritzburg and he says he is happy to return to club and be reunited with coach Ernst Middendorp. The duo worked together at the Team of Choice and at Chiefs.

“It feels good to be here, I was here with coach Ernst before – in 2013 my matric year, I’m from Pietermaritzburg,” Petersen told the club’s website.

“It feels the same, but with a different aspect now because I am pushing to play, pushing to win a place in the team. It’s a bit different, but the general atmosphere is the same. The guys have welcomed me, the coach has welcomed me, so I’m excited for what’s ahead.”