Unhappy Thibedi to seek loan move away from Swallows

Thibedi is said to be doubting the decision to go back to Swallows. 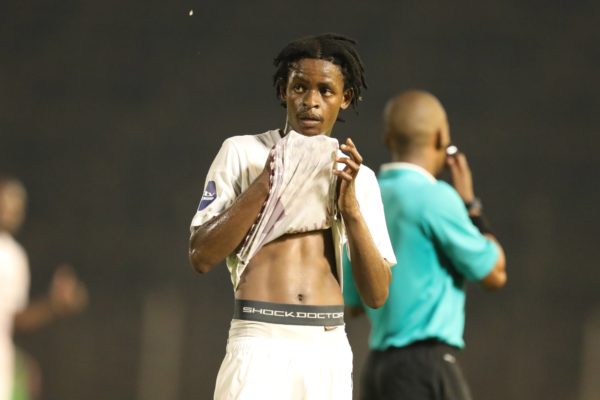 Given Thibedi is said to be unhappy with lack of game time at Swallows. (Photo by Philip Maeta/ Gallo Images)

Former Kaizer Chiefs midfielder Given Thibedi is said to be seeking a loan move from Swallows, with the midfielder finding it hard to break into the starting line-up.

According to a source close to the midfielder, “Manando”, as Thibedi is affectionately known in football circles, is doubting himself on agreeing a permanent move to Swallows. But the midfielder had a great season with the Birds last campaign when he was on loan from Amakhosi.

He had to go back to the Naturena-based side at the start of the season, before the club decided to sell him to Swallows on a permanent basis.

“He is really not happy with what is going on. But, he just doesn’t know what it is that he is lacking because he knows that he works very hard and he is talented.

“That is why he is trying to get a loan move during the transfer window. All he wants is to play football, so this thing of watching the team struggle when you know that you can do better really gets to him. Anyway, I’m not sure if the Birds’ management will grant him a loan,” said the source.