A source has revealed that several coaches have been interviewed for the job. 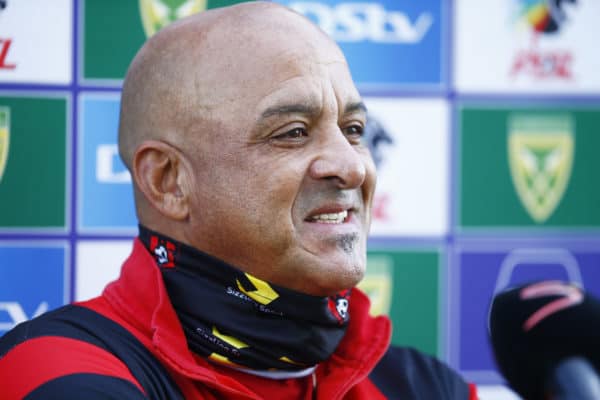 Phakaaathi has been reliably informed that Sekhukhune United are set to go the Mamelodi Sundowns route and have joint coaches leading the team next season.

A source has revealed that several coaches have been interviewed for the job.

“The are busy interviewing coaches. I heard that Kaitano Tembo, Owen Da Gama and Cavin Johnson have all been interviewed by the management and an announcement will be made soon. Da Gama is the favourite to get the job,” said the source.

Sekhukhune, who are 10th on the DStv Premiership standings, are led by McDonald Makhubedu this season, but, according to the source, the management feel that he needs help in order to fulfill their ambitions of finishing in the top three next season.

“The management feels that the time to acclimitise (playing in the top flight) has come and gone and now it’s the time to challenge for trophies and finish in the top three in the league,” added the source.

An announcement on the new co-coach is expected to be made before the end of the week.