Chiefs set to make another addition to technical team?

Chiefs are said to be in negotiations with one of Pitso Mosimane’s trusted men. 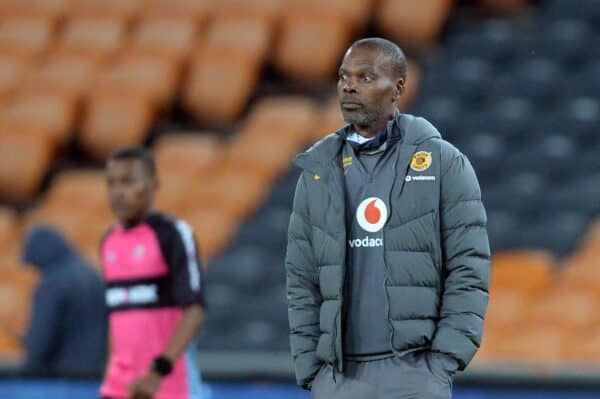 New Kaizer Chiefs coach Arthur Zwane is set to get a new member to his technical team, according to a source. (Photo: Lefty Shivambu/Gallo Images)

Kaizer Chiefs could make another addition to their technical team as they continue to live up to their promise to help coach Arthur Zwane with all the support he needs.

Phakaaathi’s Mgosi Squad have caught wind that Chiefs are currently in negotiations with one of Pitso Mosimane’s trusted men Musi Matlaba.

“Chiefs and Pitso have developed a good working relationship and he committed himself to helping them out in any way they need.

“That is why it was not a surprise to hear that Chiefs are talking to Matlaba who is Pitso’s right hand man. He will definitely be a good addition to the club’s technical team,” said a source.

Another source said the negotiations are at an advanced stage and an agreement could be reached very soon.

Maluleke holds a Master’s Degree in Sports Science from the University of Pretoria and previously served as the strength and conditioning coach for AmaTuks.

Amakhosi are also still expected to make an official announcement on the goalkeeper coach after firing Lee Baxter at the end of last season.

They already had Aubrey Mathiba who came on as a goalkeeper scout but he is expected to join the senior team.

Itumeleng Khune is also another candidate having gone through a Fifa accredited goalkeeper coaching course during the off-season break.

Rumours however suggest that Khune will be made Mathibe’s assistant and become a player-coach.

There is a lot of expectation and pressure on Zwane and his technical team to change things around at Chiefs.

It has been seven years since the club had any form of cup success and Zwane will not have enough time to readjust the team.