Ten-man Italy beat Zambia 3-2 after extra-time in a thrilling encounter to advance to the semi-finals of the Fifa U-20 World Cup Korea Republic 2017. 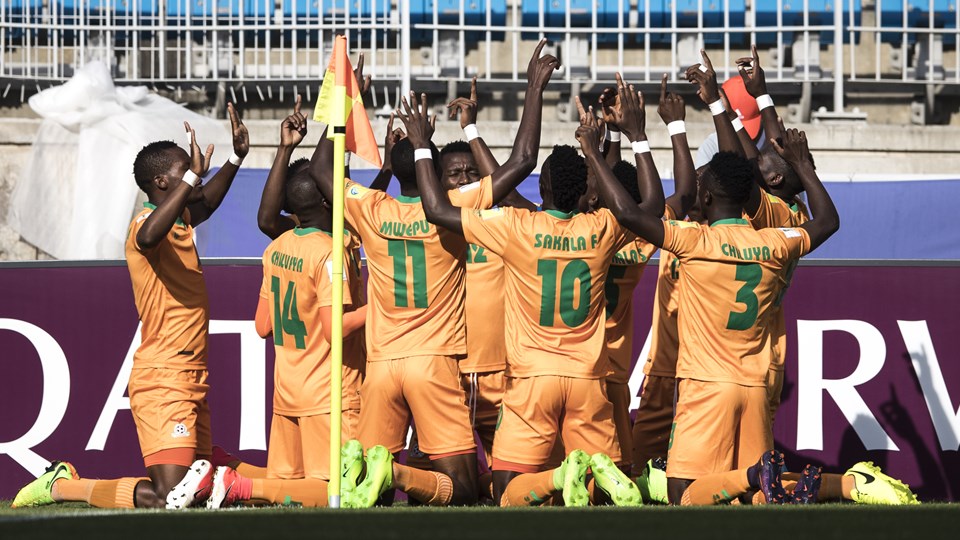 Patson Daka scored his second goal of the tournament inside the first four minutes to give the Junior Chipolopolo an early lead. Emmanuel Banda found Daka with a carefully-weighted and perfectly-timed through pass, and the forward finished the move with aplomb, chipping his shot past Andrea Zaccagno.

The Italians responded with wave after wave of attack, but failed to find the crucial breakthrough. The match then took a significant turn right before half-time when, after a video assistant referee review, Giuseppe Pezzella received a straight red card for a shove on Edward Chilufya that denied an obvious goalscoring opportunity.

Against all odds, Italy scored an equaliser within five minutes at the start of the second half. Riccardo Orsolini scored his fourth of the tournament when he guided home a header from the back post after a cross by Giuseppe Panico

Fashion Sakala then matched Orsolini with his fourth of the tournament in the 84th minute with a well-placed strike into the top corner from 12 yards. Zambia thought they were through, but substitute Federico Dimarco had other ideas.

The substitute curled in a superb free-kick inside Zambia’s left post to send the match into extra-time. Zambia nearly scored in extra-time when substitute Kenneth Kalunga fired just wide of goal after neatly juggling the ball past Italy’s defence. The Africans would be made to rue that missed opportunity.

In the 110th minute, two substitutes combined to score the winning goal as Dimarco’s corner kick found Luca Vido eight yards from goal and he headed in from close range to send the Italians into the U-20 World Cup semi-finals for the first time.