Mahrez still keen to prove his worth to Guardiola

Riyad Mahrez will be pushing for a starting place in Pep Guardiola's line-up against Brighton as Manchester City's club record-signing continues to adapt to life at Eastlands. 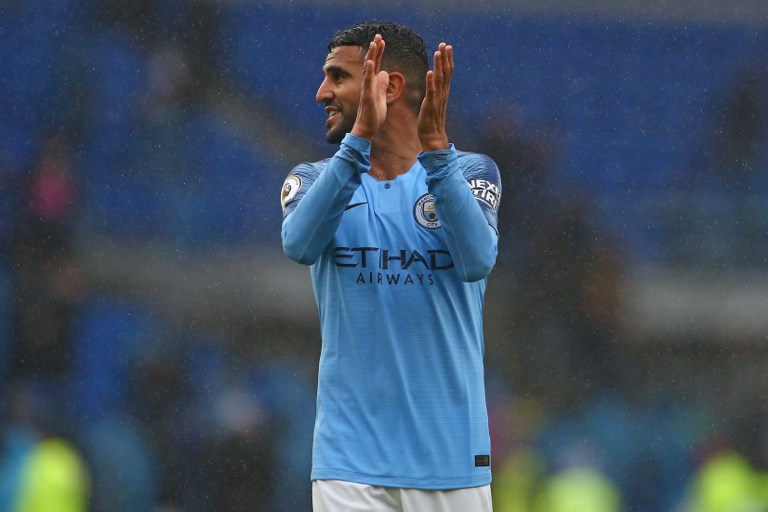 The Algeria winger, signed for £60 million ($79 million, 67 million euros) from Leicester in pre-season, has made a relatively subdued start to life with the Premier League champions.

Mahrez has started just two of City’s six league games to date, despite the absence of playmaker Kevin De Bruyne who is expected to be out for a further two months with a knee ligament injury.

Guardiola has spoken of players needing time to adapt to his demanding style of play and, in the case of Mahrez, there has also been the upheaval of joining a new club.

But after scoring twice after coming off the bench in last weekend’s emphatic 5-0 victory at Cardiff — his first goals since moving to City – Mahrez insisted he is finally becoming accustomed to Guardiola’s unique demands.

“The manager has helped me a lot, and in the last two weeks, I have felt a lot better,” said Mahrez, 27.

“You can see that on the pitch. I never complain, I just work hard in training, and it’s paying off now. But I have to keep going –- scoring is not a final thing.”

Mahrez is not the first senior City player to have struggled, at first, with Guardiola’s intense approach to the game in which players have to pull their weight defensively, whatever their attacking talents.

Most famously, the club’s legendary record goalscorer Sergio Aguero has spoken openly of how it took his time to adapt his own game after Guardiola took over at the Etihad.

But with Mahrez starting, and scoring again, in the 3-0 midweek League Cup victory at Oxford United, it would appear the former Leicester star is winning that particular personal battle.

Guardiola offered an insight into that process of adjustment when, following the recent victory, he spoke about in-form Portuguese midfielder Bernardo Silva who has started this campaign brilliantly after struggling at times last season.

And the City manager expects Mahrez to respond in the same way.

“In the beginning it was a little bit difficult,” said Guardiola. “Bernardo came from France to England and, even for me, I needed a period to know, to understand a little bit about the way we wanted to play and in the way that we are aggressive without the ball. Sometimes we need more time.

“It has happened a little bit with Riyad. It is going to happen in the future. Riyad is going to come back the same, like we saw with Leicester, or with Bernardo right now.”

The Catalan boss added: “And that is why I like to work with these kind of players. They always try their best. For 60, 90, 20 minutes — all the time they play with the smile and for him and the team.”

Mahrez may yet be reduced to starting the weekend game with Brighton on the bench, given the strength in depth Guardiola has at his disposal.

And even though Phil Foden and Brahim Diaz impressed in the victory over Oxford, the City manager has shown little appetite for giving such youngsters extended minutes in the Premier League.

City will be looking to maintain a strong start to their title defence in which a draw at Wolves represents the only point they have dropped thus far this term.

Guardiola’s major decision would appear to revolve around the left-back position, given France international Benjamin Mendy is currently sidelined with a metatarsal injury.

As he did last season, Fabian Delph has deputised in that position but was unimpressive in the recent Champions League loss to Lyon and Brazilian Danilo, who started against Oxford after recovering from early-season injury, may be selected instead.

Haaland, Lewandowski to clash as Dortmund host Bayern in showdown
9 hours ago
9 hours ago

Haaland, Lewandowski to clash as Dortmund host Bayern in showdown
9 hours ago
9 hours ago