The second half of the campaign begins with Getafe and Alaves meeting at the Coliseum Alfonso Perez on Friday evening. 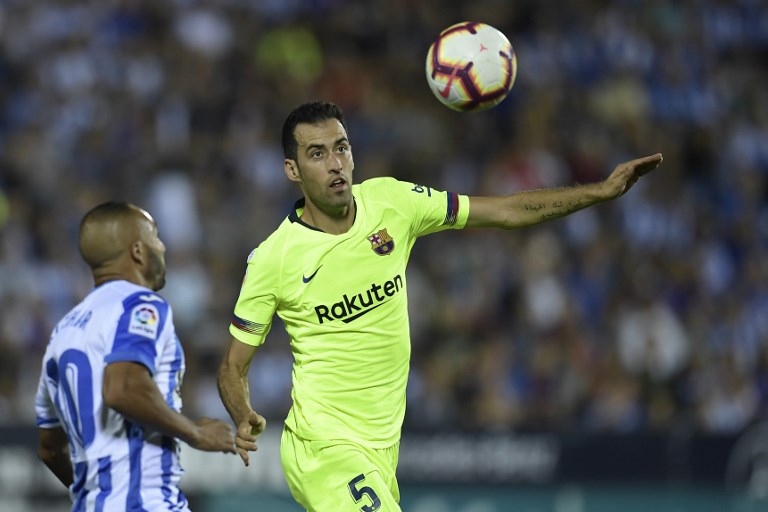 The 2018/19 LaLiga Santander campaign moves into its second half this weekend, with leaders Barcelona aiming to consolidate their place at the top, and most of the 20 clubs still both hopeful of qualifying for European competition next season but also not safe from relegation fears.

Barça’s game against Leganes on Sunday evening will be another reminder of just how anything can happen in LaLiga, with the defending champions out for revenge having lost 2-1 at the suburban Madrid club in their first meeting earlier this season.

Real Madrid losing 3-0 at Sevilla back in September was another of 2018/19’s most memorable surprises so far, so Santi Solari and his injury-hit squad should have any lack of motivation when Pablo Machin’s men visit the Santiago Bernabeu early on Saturday afternoon.

Huesca welcoming Atletico Madrid to El Alcoraz on Saturday afternoon brings together teams who have had contrasting campaigns so far. The hosts, who sit bottom, will be hoping to build on their victory against Real Betis in their most recent home game, while Atletico are riding high in second spot at the half-way mark despite just two league wins on the road to date.

Two clubs with plenty to work on at the half-way point meet in Saturday’s late game at Abanca Balaidos, where RC Celta go out to halt a recent slide down the table against a Valencia team who have won just one of their last six games in LaLiga.

Sunday’s schedule begins at Real Betis’ Benito Villamarin where the entertaining but inconsistent home team will welcome a Girona side who have drawn each of their last three LaLiga fixtures.

There should then be tension around the Estadio de la Ceramica as 19th-placed Villarreal will be aiming for their first three points of 2019, but it will not be easy as visitors Athletic Club have now gone unbeaten across each of their last five games in LaLiga Santander.

Another team to have hit form in the new year are Rayo Vallecano, who will be looking for a fourth straight LaLiga victory on Sunday afternoon at the Estadio de Vallecas, when the visitors will be Real Sociedad who have also won both their LaLiga fixtures in 2019 so far.

Two more teams with almost equal records meet at the Ciutat de Levante later on Sunday, with Levante hosting Real Valladolid as both sides look for their first three points of the calendar year. The weekend finishes Monday evening, with Catalans Espanyol making the visit to Basques Eibar, in another very tight mid-table clash.