For a player who has yet to start a Premier League game, rising Chelsea star Callum Hudson-Odoi has attracted an awful lot of hype this season. 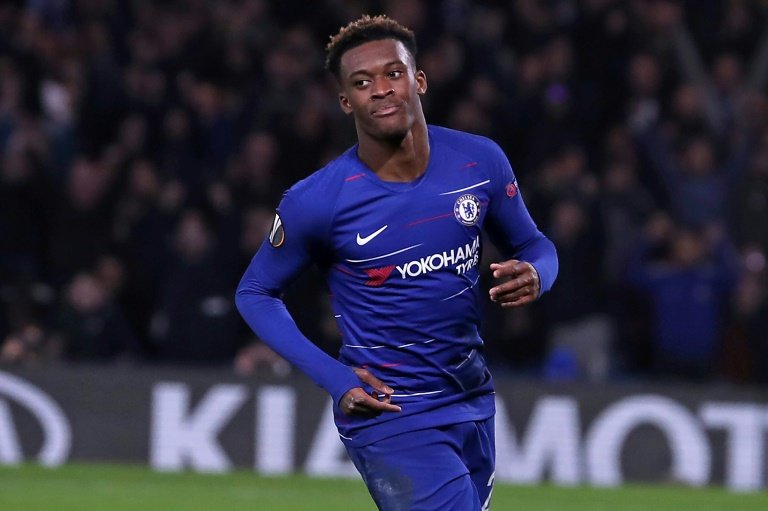 That spotlight only grew brighter after his outstanding performances for England during the international break.

However, it remains to be seen whether Chelsea manager Maurizio Sarri is as convinced by the 18-year-old’s performances as a substitute against the Czech Republic and on his full international debut against Montenegro.

Sarri is weighing up whether to name the winger in his starting line-up for Chelsea’s Premier League visit to struggling Cardiff on Sunday.

But Sarri remains guarded in his praise of a young player who has become the focus of a significant number of Chelsea’s supporters.

And it would surprise no-one if the Italian refused to bow to popular pressure and again named the youngster on the bench.

What is becoming increasingly clear, however, is that Sarri’s handling of a player who has already attracted bids from Bayern Munich last January could help shape the manager’s future at Stamford Bridge.

England had barely returned from the 5-1 victory in Montenegro — a game in which Hudson-Odoi was one of a number of players to be subjected to racial abuse by home supporters — before reports were emerging linking the player with a lucrative move to Manchester United or Liverpool.

Sarri has attempted to inject what he views as a note of sober realism into the debate about the limited opportunities offered to a player who has risen through Chelsea’s youth system and into the first team squad without following the more familiar route of spending time away on loan.

Hudson-Odoi’s talent is obvious, as is his ability to handle the step up to a higher level if his performances for England are anything to go by.

For Sarri, though, talent and potential are not enough as he looks for players to fit into the rigid roles in his tactical game-plan.

In Sarri’s eyes, the teenager still has a substantial way to travel along his learning curve.

Increasingly, though, it appears the Italian’s stance will be tested as Chelsea fight to qualify for the Champions League via a top four finish or success in the Europa League.

Hudson-Odoi is clearly an asset Chelsea don’t want to lose, but the youngster’s current contract runs only until the end of next season.

The aim is to tie down the England international’s future, but Hudson-Odi has already expressed his impatience and desire for more game-time by pressing for the move to Bayern before the turn of the year.

Overshadowing all squad matters at Chelsea presently is the threat of the two-window transfer ban imposed on the club by FIFA after alleged breaches of rules in relation to the signing of a number of young players.

Chelsea will appeal the ban next month but Andreas Christensen, the young centre-back who has failed to win over Sarri, claimed last week that players have been told they cannot leave while the threat of an embargo exists.

Add to that the fact that thirty-somethings Pedro and Willian, the players Hudson-Odoi is attempting to dislodge in the team, are also poised to enter the final year of their contracts, and the case for doing everything possible to ensure the youngster pledges his future to the club grows ever stronger.

Sarri’s position at Chelsea has appeared vulnerable for some time.

If he can win Hudson-Odoi’s loyalty and bring the best out of the player in the final weeks of the season, his position will undoubtedly be strengthened.

Should he be seen as having contributed to the departure of the outstanding young talents in the Premier League, the Italian’s standing at Stamford Bridge will drop even further.