A 3-1 defeat against Spain on Saturday was a big blow for Banyana Banyana in their opening game at the Fifa World Cup in France on Saturday. 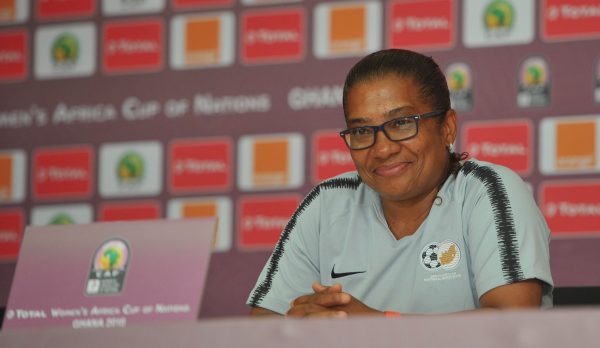 A Thembi Kgatlana wonder goal set Desiree Ellis’ girls on their way before they gave away two penalties in the second half and ended up with 10 players following Noluthando Vilakazi’s (right) red card.

Despite the loss, Ellis felt her charges gave a brave performance and said they deserved more.

“We started very well, but I did say that goals win games. When you get opportunities you have take them and I think that was the turning point. We got one in the first half and it could have been 2-0 in the second half. Then they got two penalties and we went down to 10 players, which was always going to be difficult,” said Ellis.

“I feel we deserved more out of the game and I also feel we were more organised. Even though they had a lot more possession, they struggled to break us down. We were always good on attack, but if you don’t take your chances it could result in that (a loss). But I’m very proud of the team, they pulled off a great performance. We said we would fight until the end and that we would never quit. That is exactly what we did.”

Ellis said they knew what to expect from the Spaniards, but once again praised her charges for their performance.

“For one, they were fantastic. We knew we had to be on top our game. But we were also fantastic. We didn’t get the result, but we are very happy with the performance.”

Banyana will next face China in their next group game on Thursday, but they will be without the services of defender Vilakazi following her dismissal.