Pep Guardiola has urged Manchester City to prepare for the "incredible challenge" of battling Liverpool for the Premier League title by landing an early blow against their rivals in Sunday's Community Shield. 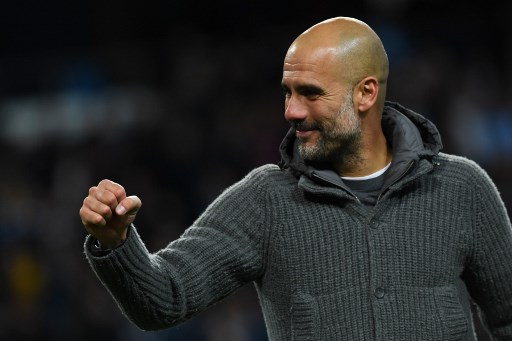 Manchester City's Spanish manager Pep Guardiola takes part in a lap of appreciation after the final whistle of the English Premier League football match between Manchester City and Leicester City at the Etihad Stadium in Manchester, north west England, on May 6, 2019. (Photo by Paul ELLIS / AFP)

Guardiola’s side pipped Liverpool to the Premier League by one point last season after a thrilling title race went down to the last day.

The two clubs renew their growing rivalry when they meet at Wembley in the annual curtain-raiser to the English top-flight season this weekend.

While City won an unprecedented English treble of Premier League, FA Cup and League Cup last term, and are the bookmakers’ favourites to win the title for a third successive year, Guardiola is well aware of the challenge likely to be posed by Liverpool.

Jurgen Klopp’s men lost only once in the league last season — at City — and erased the frustration of failing to catch Guardiola’s team by beating Tottenham to win the club’s sixth European Cup in June.

Despite a spat between the pair this week when Guardiola hit back at Klopp’s jibe over City’s big spending on transfers in recent years, the Spaniard remains a huge admirer of the Liverpool boss and the team he has built at Anfield.

“He inspires me in many things. He is a class manager, a top manager. He’s so good and it is an incredible challenge for me every time I face his teams,” Guardiola said.

Guardiola’s irritation at Klopp’s suggestion that City are one of a handful of clubs who live in a transfer “fantasy land” lit the fuse on what promises to be a fascinating 10-month battle for supremacy between City and Liverpool.

With City yet to win the Champions League and Liverpool without an English title since 1990, it is possible they would gladly settle for a trophy-swap this season.

But Guardiola knows Community Shield holders City could become the first team to win three consecutive Premier League titles since Manchester United between 2006 and 2009, so he won’t settle for only targeting European glory.

“We won almost every trophy; not all of them. It was quite remarkable,” he said of last season.

“We start from zero now – we start again – but we are ready to accept the challenge.”

‘There are no doubts’

Twelve months ago Guardiola warned of a need to guard against complacency after City’s record 100-point haul in 2017-18.

But this year he is taking a softer approach after being impressed with his players’ maturity under intense pressure from Liverpool.

“We will be nicer this season. These players convinced me with what they did last season. There are no doubts,” said Guardiola, who may leave Ederson, Riyad Mahrez, Sergio Aguero and Gabriel Jesus on the bench after their returns from international duty.

“At the end of last season I didn’t know how well we’d handle our success and I think it was incredible what they did last after 100 points. The target is to keep improving.”

For Liverpool, the glamour friendly represents a chance to fine-tune their preparations after an uneven pre-season.

Three defeats and some lethargic displays sparked fears that Liverpool were suffering a Champions League hangover.

Sadio Mane is still resting after the Africa Cup of Nations, but with Roberto Firmino, Alisson Becker and Mohamed Salah back in the fold after international commitments, Klopp expects a more cohesive display at Wembley.

“When you are tired, you are tired, and it’s quite difficult to then play your best football. Now it’s getting better. The quality of the boys who came back, of course it helps,” said Klopp, whose club last won the Community Shield in 2006.

“Because the training was on such a high intensity level in the games sometimes we were really done.

“Unfortunately, we play in public so everybody could see that. But the Lyon game helped. We were not in doubt about that but it’s nice to get the proof as well.” 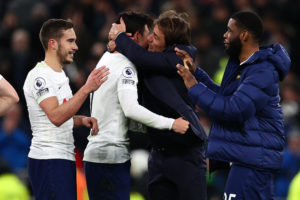 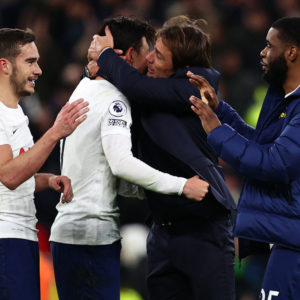