The comprehensive midweek defeat of Red Star Belgrade raised hopes Tottenham Hotspur have turned the corner after a dismal start to the season but their revival will face a stiff test when they face Liverpool at Anfield on Sunday. 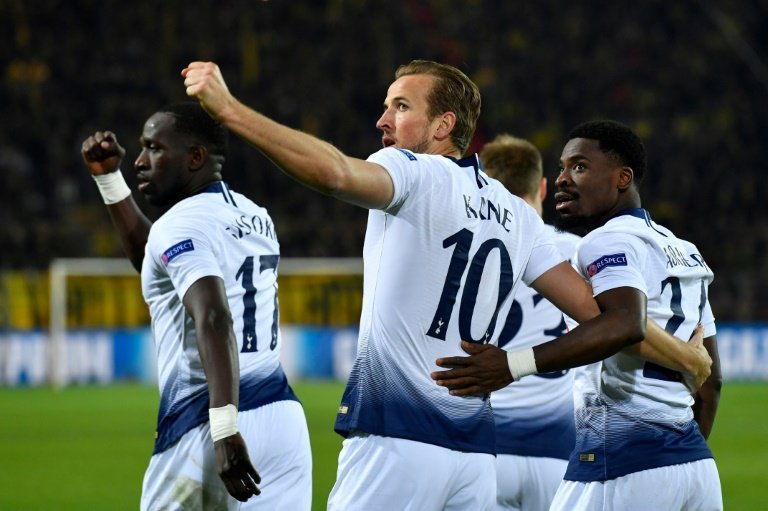 It will be the first meeting between the two sides since their confrontation in the Champions League final in Madrid in June, since which Jurgen Klopp’s side have pushed on from their victory and took control of the early Premier League running.

Tottenham coach Mauricio Pochettino admitted on Friday that defeat has weighed heavily on his players and has bled into their miserable early season form that suggests June’s final was a high-water mark.

“It means a lot for the club to reach the final of the Champions League but for the players or the coaching staff we felt empty after the game,” Pochettino said ahead of the trip to Merseyside.

“Now we have full energy and we have recovered from that situation and now it’s the moment to build again our confidence and trust and start to show our real talent and potential.”

A return of just three Premier League wins this season and a run that included the humiliating 7-2 defeat to Bayern Munich, a 3-0 loss at Brighton and a fortunate home draw with bottom club Watford meant Tuesday’s meeting with Red Star was always going to be significant.

The eventual 5-0 victory provided a much-needed lift, and a fourth win in 13 games in all competitions allowed Pochettino to talk of a renewed confidence within a squad whose unity has been questioned.

After five years in charge, the Argentine’s ability to motivate his squad has come under scrutiny but the togetherness shown before and after the Red Star win will be needed if they are to end the nine-game unbeaten start that has allowed Liverpool to open up a five-point lead on Leicester and six over Manchester City.

Spurs’ performance midweek recalled their vibrant displays of last season with Harry Kane and Son Heung-min both scoring twice, albeit against a much weaker defence than the one they will face on Sunday.

It was also achieved without Christian Eriksen — out of contract at the end of this season, along with Jan Vertonghen and Toby Alderweireld — who remained an unused substitute and is unlikely to return to the starting line-up this weekend.

“It was not that they forget how to play football, that Harry Kane doesn’t know anymore –- he showed in that game (against Red Star) how good he can be,” said Klopp on Friday.

Tottenham can draw inspiration from how Manchester United became the first team to take points off Liverpool last weekend, Ole Gunnar Solskjaer’s side successfully negating the attacking threat of Klopp’s side in a 1-1 draw.

Pochettino’s side will need to be similarly resolute to avoid a repeat of the defensive lapses that have been a feature of their campaign so far against a team that have won all four of their home games, scoring 12 times.

A positive result at Anfield would provide evidence that the hangover from last season’s European exertions is finally lifting and that avoid is finally being filled.