"Depor fans used to call me 'The Assassin'. And it wasn't because I was lethal in front of goal," recalls McCarthy. 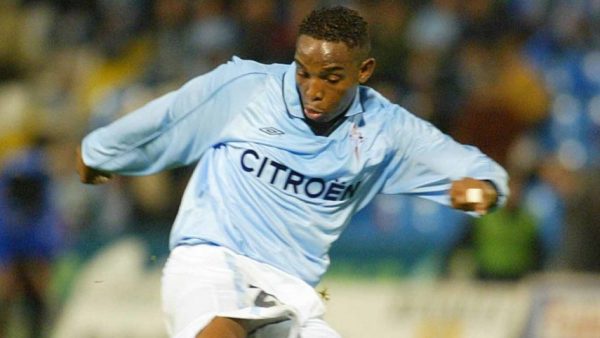 The Galician derby, which pits together the two biggest clubs in Spain’s northwestern Galicia region – RC Celta and RC Deportivo – is famed for creating one of the fieriest atmospheres in European football.

The two sets of supporters are united by language, heritage and weather… but absolutely cannot agree about one thing: football.

Galicia isn’t what comes to mind when you think of Spain. Cold, wet and bonded to the Atlantic Ocean – upon which the local economy heavily relies – the region has a unique identity and is in many ways culturally set apart from the rest of Spain. Gallegos, as the locals are known, are tough people and have over the years developed a truly unique footballing culture.

These are two clubs of great tradition, too. Although Celta – whose players are known as Olivicos in tribute to a famous olive tree which once stood in the city of Vigo – have never won a major trophy, they have spent over 50 years in the top-flight, more than their local rivals Deportivo, and lived their most successful years through the late 90s and early 00s. Depor, meanwhile, are one of just nine clubs to have ever won the LaLiga title, lifting the trophy once back in 2000. They also won the Copa del Rey in 1995 and 2002, enjoying some of their best years in the 90s and early 00s – just like Celta.

The rivalry between them is both brotherly and ferocious. This derby is so much more than 90 minutes of football. It’s all about identity. Pride, honour, and the chance to be top dog in Galicia are all on the line.

The South African is regarded as one of the greatest strikers in South African football history. The Cape Town-born Bafana Bafana record holder made his LaLiga debut with RC Celta in 1999 and enjoyed a reasonably successful first few years in the Spanish league making 60 appearances for the club – the highest of any South African – before hitting his stride in the early 2000s.

“I’ve played in some huge derbies in my career and though Celta Vigo v Deportivo La Coruna isn’t considered the biggest derby, it has one of the best, most hostile atmospheres of any game in football,” said McCarthy.

“Depor fans used to call me ‘The Assassin’. And it wasn’t because I was lethal in front of goal. They hated me and my team. When I played for South Africa there was a disaster at one of the stadiums in Zimbabwe when a stampede happened after our goal and 12 people lost their lives. The Depor fans somehow held me responsible.”

McCarthy went on to join FC Porto and was part of the winning 2003 UEFA Champions League team. He scored a total of 58 goals from 124 appearances for the club between 2001 and 2006.

A derby much more than a match

The memorable derby that took place back in April 2000 at Abanca Balaidos featured a host of both Spanish and international talent, including the likes of Cameroonian legend Jacques Songo’o, Mauro Silva, Djalminha, Roy Makaay for Depor and José Manuel Pinto, Claude Makélélé, Valeri Karpin and South African Benni McCarthy for Celta.

The home side took the lead early on when a Gustavo Lopez cross was not dealt with by the visiting defense and found its way to Benni ‘The Assassin’ McCarthy. The South African made no mistake from inside the box to open the scoring after just four minutes.

Looking to draw level, Depor put in a dangerous ball into the box which Pinto cleared with a strong punch, only to see the game called back as Juanfran was judged to have struck the back of a Depor player’s head – for which he saw red. Celta went in ahead at the break, but down to 10 men.

It didn’t take long for the hosts to draw level following the restart, however, with Turu Flores firing in a sensational strike which gave Pinto no chance in the Celta goal. But despite playing with one man less, Celta regained control of the game, and struck the winning goal seventeen minutes from time when Gustavo Lopez beat Songo’o in the Depor goal with a smart finish.

The game finished 2-1, handing local bragging rights to Celta – temporarily. Despite the loss, Depor would go on to win the LaLiga title that season. They’d also become a fixture in European football in the ensuing years, beating Manchester United at Old Trafford in 2001 and reaching the Champions League semi-finals.

Galician football’s most high-profile days may now have passed, but one thing is certain: these two sides are bona fide sleeping giants with the tradition and fanbase to one day replicate their glory days and return to the top of Spanish football.